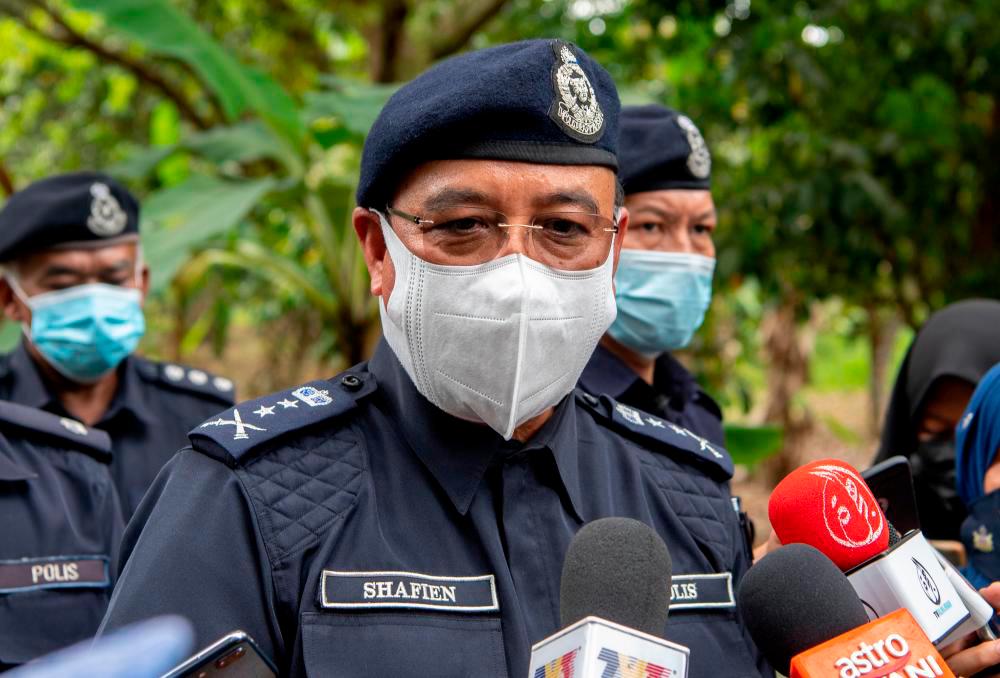 KOTA BHARU: A female civil servant in her 50s from Machang has suffered a loss of RM395,000 to a ‘Macau Scam’ syndicate disguised as an insurance staff and a police officer.

Kelantan police chief Datuk Shafien Mamat (pix) said in a report lodged on Dec 2, the victim said she had received a call from a suspect posing as an insurance company employee in September informing her that she had made an accident insurance claim of RM70,000, but the victim denied making such a claim.

He said on the same day, the victim received a phone call from a different suspect disguised as a police officer claiming that as a result of further checks, “they” found the victim was involved in a money-laundering case and faced imminent arrest.

“The victim was then told that if she wanted to settle the case, she should provide bail of RM500,000.

“Out of fear, the panicky victim disclosed all information of her bank accounts to the ‘police officer’ and was forbidden by the suspect to tell anyone about the ongoing ‘police investigation’ for fear of jeopardising her safety and also that of her family,“ he said in a statement today.

Shafien said about a week later, the victim was instructed by the suspect to put all of her money into one bank account.

“The victim then withdrew all her savings from several banks and financial institutions amounting to RM115,000 and deposited it into a bank account that had been selected by the suspect.

“Before that, the victim had also made a loan from two different banks amounting to RM280,000 for the purpose of providing bail before transferring it to the same bank account,“ he said.

However, on Dec 2, Shafien said when the victim checked her account balance, she discovered all the savings and loans she had made earlier had been withdrawn without permission.

“The case is currently under police investigation for cheating under Section 420 of the Penal Code which provides for a jail term of one to 10 years with whipping and shall also be liable to a fine upon conviction,“ he said.