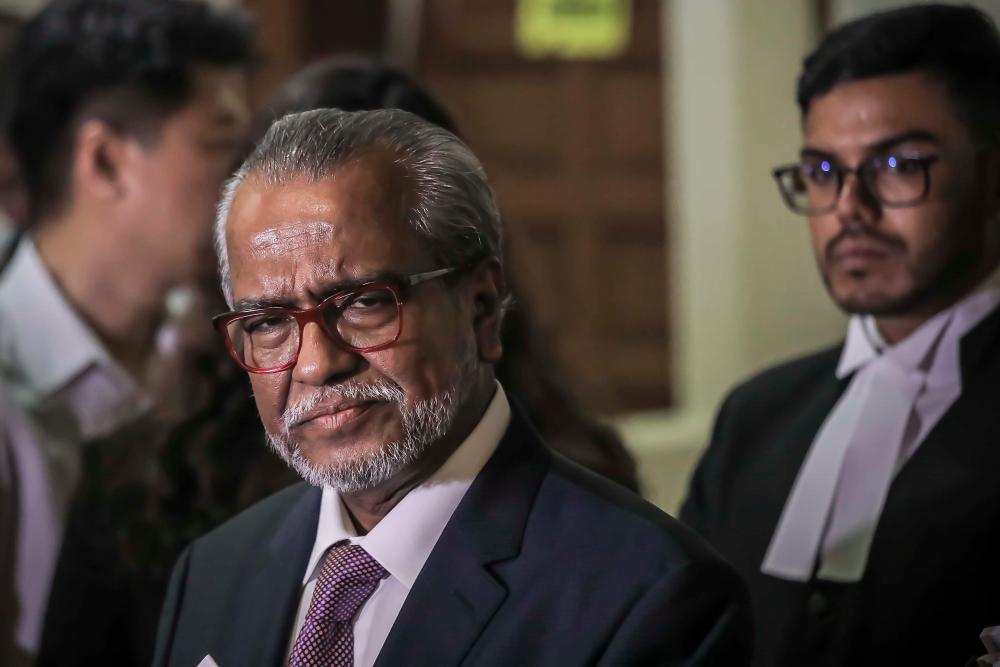 Muhammad Shafee arrived at the Palace of Justice at 11.15 am.

Prior to that, Najib’s new lead counsel, Hisyam Teh Poh Teik informed a five-member bench led by Chief Justice Tun Tengku Maimun Tuan Mat that Muhammad Shafee will be assisting him in Najib’s application to recuse the top judge from hearing his appeal.

“I thought he has been discharged”, retorted Justice Tengku Maimun and told Hisyam to continue with his submission while waiting for Muhammad Shafee to arrive.

When Muhammad Shafee arrived in the courtroom, he told the court that his position today in requesting an adjournment was not an attempt to delay the proceedings.

“I was just informed about the matter by Hisyam two hours ago and I have no materials before me.

“After all, the integrity of the judiciary is at risk. It brings no harm to grant an adjournment for me to gather my thoughts within 24 hours. Justice must be seen to be done,“ he said.

Ad hoc prosecutor Datuk V. Sithambaram objected to the adjournment, saying that the application for adjournment was to scuttle the appeal.

“My Lady, this is not the first time, even at the Court of Appeal, a day before judgment on Dec 8 (last year), they (defence) filed an application to adduce new evidence. This is a serious offence.

“I have started the submissions last week and they refused to submit. This application is purely mala fide, thus, I clearly objected to the adjournment,“ he said.

Justice Tengku Maimun dismissed the application, saying there was no reason to adjourn the recusal matter, and asked Hisyam to proceed with his submission.

Muhammad Shafee responded by saying, “Can I come back tomorrow?”

Justice Tengku Maimun said it was entirely up to the lawyer if he wanted to come back tomorrow.

Hisyam then continued with his submission on the recusal application.

At 12.42 pm, the court stood down to deliberate Najib’s application to recuse the CJ. - Bernama