Cleaner Malacca River, thanks to MCO 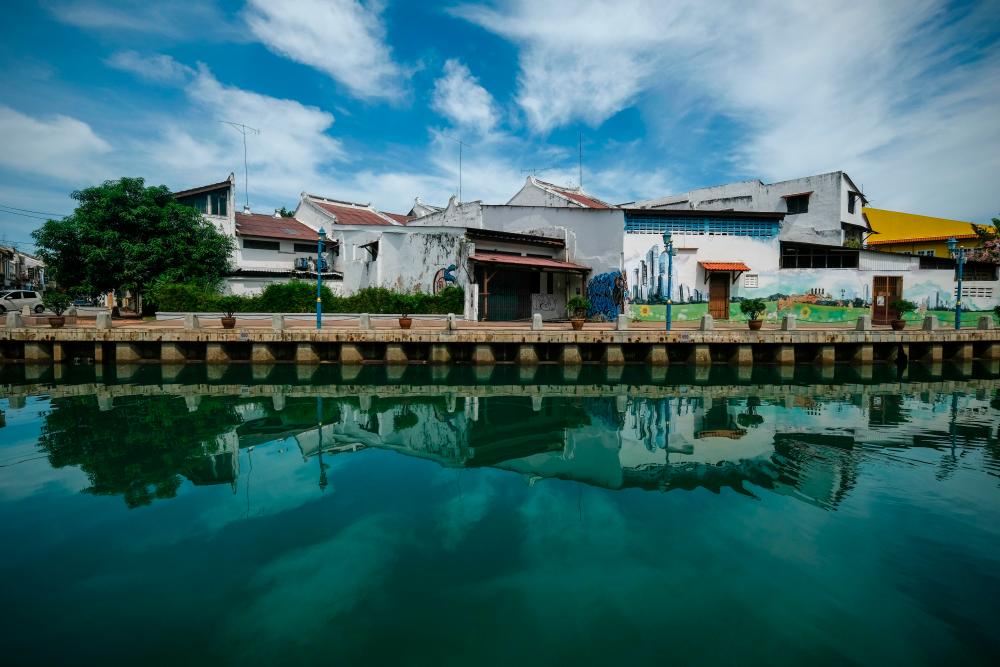 The Sungai Malacca waters are serenity personified as five weeks of movement control order appeared to have brought calm, and restored cleanliness, aided by the absence of boats which ploughs this route with tourists onboard. — Bernama

MALACCA: Malacca River has become the talk of the town and even gone viral for its ‘greener’ and cleaner water during the Movement Control Order (MCO) period.

A check by Bernama at several locations, especially near the Stadthuys building and Jonker Road, showed that the river has not achieved this level of cleanliness for a long time.

Before the MCO to curb the spread of Covid-19 was implemented on March 18, Malacca River’s water was murky and its colour was like ‘teh tarik’.

Trishaw rider Joseph Oliveira, 54, smiled when he was shown pictures of a rejuvenated Malacca River which went viral recently, saying he has not seen the river this clean in his eight years of working in the area.

“Maybe photographic techniques made Malacca River clearer than it really is. The water is cleaner during MCO due to lack of activities in Malacca River. Previously, it was very busy with boats plying the river, causing its water to be murky,“ the Kampung Portugis resident told Bernama.

Oliveira said Malacca River was stinking black in the 80s and 90s, but the state government especially during the time of former chief minister Tan Sri Mohd Ali Rustam had rehabilitated the river in a bid to turn it into the “Venice of the East”.

“A cleaner Malacca River is good for the environment. It can also help people like me to earn some money when it is a tourist attraction. For me, let the river rest for a while and it will help us back after this,“ he said.

Echoing his sentiment was cleaner Salim Bachek, 48, saying there had been a noticeable drop in activities in the river and the surrounding areas.

“Other workers and I used to remove a lot of garbage from Malacca River but during the MCO there is not so much rubbish. However, the public should not bathe or wash their feet with the river water because it is not as clean as swimming pool water,” said Salim, who hails from Bachang.

Mohd Ali, the person responsible for giving a new lease of life to Malacca River, was also excited with the development and urged the people to keep the river clean for future generations.

“It (Malacca River) is cleaner now, especially in town areas where we can see fish swimming in it. But if we do not maintain it, the river will become dirty. We must keep Malacca River clean,“ he said.

Meanwhile, on Facebook, many netizens gave feedback on the state of Malacca River, with some proposing measures to keep it clean.

Muhammad Arif Hishammudin said those who dumped garbage in the river should be fined while Ricky Ricardo Marcello noted that the current hot weather had led to no fresh water entering the river.

Many also shared their good experiences of seeing various animals such as monitor lizards in the river, a fact corroborated by Bernama’s checks.