Cleaning up politics the real challenge 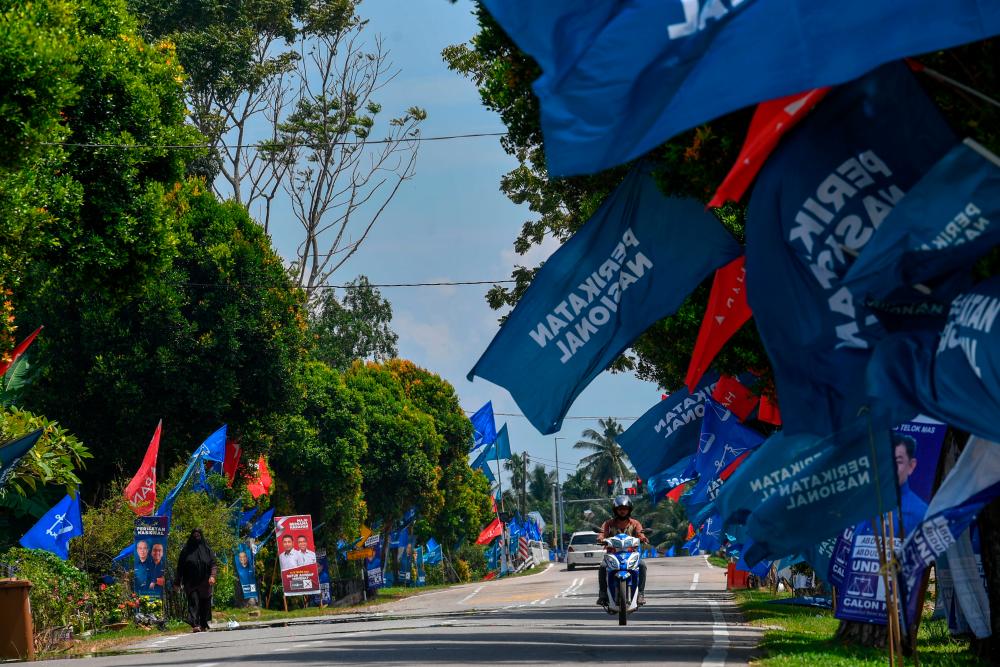 THERE is an unusual election happening in Malacca. It is an election without any of the conventional features of an election campaign. There are no organised house-to-house visits, no small-group meetings, no large-scale public gatherings.

Walkabouts are prohibited. Campaigning in public spaces is not allowed. However, candidates can put across their messages online. They can use both print and electronic media to campaign to their heart’s content. Whatsapp and twitter and other such platforms, including the telephone, have become popular means of communication.

The people have accepted the restrictions imposed upon them because they are aware of the risks and dangers associated with the coronavirus pandemic. No one – and least of all the candidates – want to see another surge of serious infections or contend with an alarming escalation of Covid deaths. So, everyone is prepared to put up with an election shorn of the central elements of a democratic contest.

But at the same time, people do not want what is happening in Malacca now to become the new “normal”. Full-scale campaigning should be allowed in the 15th General Election that is expected to be held next year. The assumption is that we would have overcome the pandemic by the time the general election is called.

Malaysians should realise that active interaction between voters and candidates is essential to a maturing democracy. The voters and the public in general should subject the candidates to full scrutiny. If among the latter are individuals who had served preciously, their track record should be examined thoroughly. New candidates should have a clear idea of their roles in the legislature.

While the scope for positive interaction between voters and candidates should be expanded, any negative interplay between them should be curbed immediately. An example would be money politics.

The public is not sure if with the restrictions imposed upon campaigning, money politics has also gone on leave. From the stories emerging from Malacca, there is nothing to suggest that this scourge has been curtailed. In fact, its practitioners appear to have invented new ways to keep the vice alive.

We are told that money politics and other such wrongdoings are being monitored. Is that true? Has effective action been taken? Let us not forget that it is the failure to take decisive action when it comes to corrupt practices in electoral politics and in other areas of life that is partly responsible for the erosion of trust in political elites.

If money politics is still alive and kicking in the Malacca polls, it should not surprise us at all. After all, the ouster of the Malacca state government itself as a result of the withdrawal of support for the Barisan Nasional chief minister by four Assembly members had raised an ethical question or two.

It is alleged that the ouster cannot be separated from the political ambitions of certain politicians within and without Malacca. This is why the real challenge before the people of Malacca and the rest of Malaysia is cleaning up politics of unsavoury practices and personalities. This is not an easy task.

2.No restrictions to be imposed on unvaccinated children - Khairy