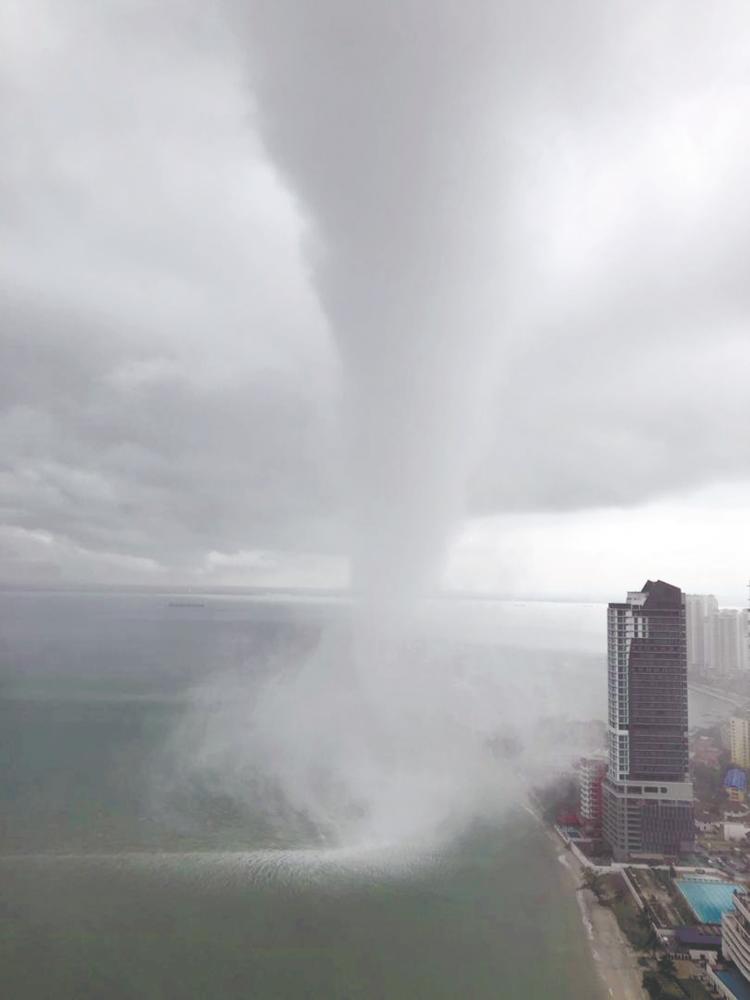 A picture obtained via social media showing a waterspout near Penang Island.

GEORGE TOWN: Penangites are likely to see more waterspouts at sea surrounding the island due to climate change.

A spokesman for the Meteorological Services Department in Penang said the rise in global temperatures could raise the frequency of waterspouts.

He was commenting on an incident today where a waterspout caused damage to some apartments in the Tanjong Tokong area.

The waterspout hit a row of apartments and blew away the rooftops of at least six apartment units on the beachfront, unsettling the residents.

“It was like a tornado,“ some witnesses said. Many residents captured videos and pictures of the phenomenon and uploaded them onto social media.

The clips show zinc sheets at a construction site being lifted off the ground and swirling in the air.

Compared to tornadoes – which are frequently experienced in plains and flat areas in countries like the United States – winds caused by waterspouts are about 10 times weaker. In the US, tornadoes are nicknamed “twisters”.

According to the spokesman, the waterspouts in Malaysia are similar to tornadoes.

“But with climate change, it may turn out to be a powerful wind storm and it can cause damage to property and endanger lives,“ he added.

He advised the public to stay away if waterspouts form although they may seem harmless.

Meanwhile, state executive councillor, Zairil Khir Johari, said aid had been sent to the residents whose homes were damaged by the weather phenomenon.

4.Road users to pay tolls with any digital payments soon