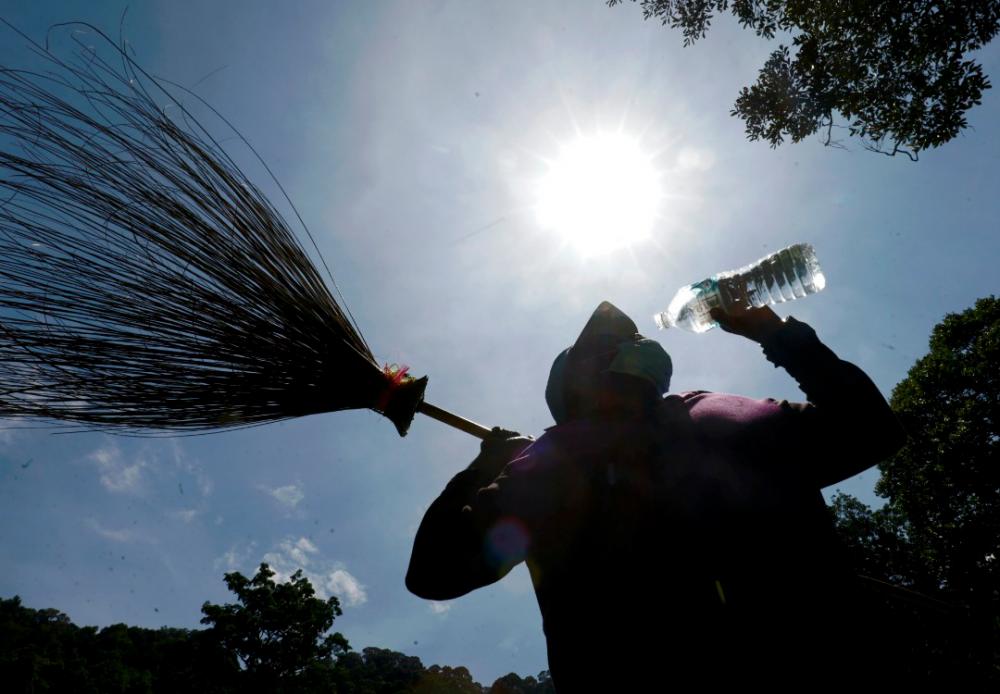 PETALING JAYA: The mercury is rising but it is not fever. Over the past half a century, the surface temperature has risen by 0.13°C in Sarawak, 0.16°C in Sabah and 0.25°C in Peninsular Malaysia every decade.

While this may seem negligible to the layman, climate experts are already sounding the alarm.

Just a 1.5°C increase in temperature will destroy 70% to 80% of the world’s coral reefs, according to Ecotourism and Conservation Society Malaysia president and chief executive officer Andrew J. Sebastian.

Malaysia is already close to that.

“Within the next five decades, average surface temperatures will be as much as 1.5°C higher than it is now if nothing is done,” he told theSun.

The average daily temperate in Malaysia ranges from 26°C to 28°C, according to Meteorological Services Department
Director-General Muhammad Helmi Abdullah.

The temperature may drop to a low of about 22°C before dawn and rise to a peak of 32°C
at midday.

The IPCC, a United Nations body for assessing the science related to climate change, said it is already too late to avoid an increase
in “extremes”.

“What matters now is trying to limit the pace of global warming and the intensity of those extremes,” it said in the report, adding: “It is a code red for humanity.”

The report was compiled by more than 200 climate experts from 66 countries.

Environment and Water Ministry
secretary-general Datuk Seri Dr Zaini Ujang pointed out recently that climate change, together with other contributory factors such as mismanagement of natural resources and lack of development planning, will lead to natural catastrophes on a larger scale.

In recent weeks, many countries in the Western and Northern hemispheres have seen widespread forest fires and floods, and scientists have put the blame squarely on climate change.

While it is a global problem and requires all of humanity to work together to address the issue, Malaysia can and should do its part to make a difference.

Sebastian noted that Malaysia has made significant investments in renewable energy, but it still has a long way to go to make a difference.

For instance, solar energy, which is an unlimited resource, accounts for only 0.4% of the country’s total energy use.

“We are still far too reliant on coal and other fossil fuels (which are major causes of global warming).”

He added that the government has to make climate change an important component of the Natural Resources Ministry, as it once was.

“We must conserve and preserve our natural forests. Logging and agriculture should not be permitted on land still covered in primary forests,” he said.

He also proposed that there be investments in smart buildings, green roofs, smart public transport systems and solar farms.

“We should also make it mandatory for schoolchildren and university students to learn about climate change.”

Centre for Environment, Technology and Development Malaysia chairman Gurmit Singh said the onus is on the key players, particularly politicians, to act now for the sake of future generations.

“Otherwise, our children and grandchildren will have to live in a severe environment.”

He said Malaysia will have to cut back on coal for power generation and expand the use of renewable energy such as solar and water.

“We will also have to reduce the use of private vehicles significantly and enhance public transportation to stop the deterioration,” he added.

According to Gurmit, the average temperature in Malaysia has risen by about 1.2°C in the last 50 years, and it will continue to climb until 2030 if nothing is done now to address global warming.

“By then, our average temperature could be as much as 4°C higher than it is now.”