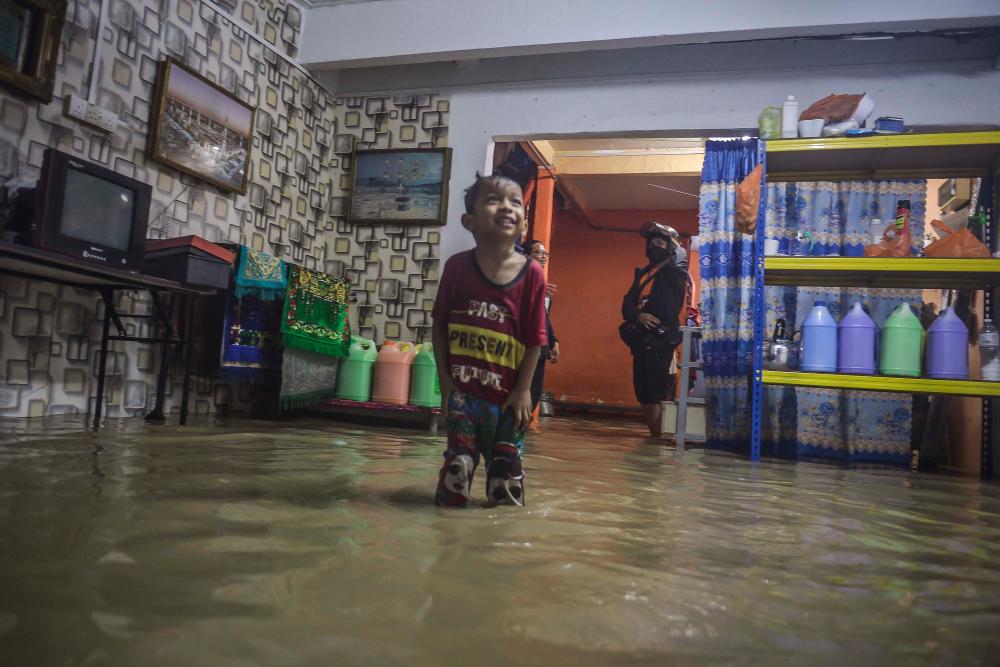 PETALING JAYA: The heavy rainfall that led to flash floods in the Klang Valley recently was most likely caused by climate change, said an expert and the Meteorological Department (MetMalaysia).

Senior fellow at the Centre for Environmental Sustainability and Water Security, Universiti Teknologi Malaysia, Prof Zulkifli Yusop noted it is indeed unusual to have a flood as big as the one Klang Valley experienced on March 7.

This, he said, is because we are supposed to be moving towards the end of the northeast monsoon, which runs from November to March.

“The northeast monsoon normally begins to taper off during this time. In the past, February and early March were normally dry and hot in Klang Valley. Klang Valley and Selangor usually receive the highest rainfall during the inter-monsoon periods in April and September,” he told theSun.

Heavy rainfall in February and early March may indicate a shift in our weather and rainfall patterns, he added.

Zulkifli said it is evident we are beginning to face the effects of climate change.

“We can expect more frequent intense storms and, consequently, larger floods whereas droughts will be drier and longer.

“Recently, we have also seen the widespread occurrence of landslides on steep terrains, which brought huge amounts of debris and silt.

“Debris flow is a big issue now, (it is) mainly triggered by geological and hydrological processes but, to certain extent, aggravated by human activities.”

He said on March 7, several stations within the Klang Valley recorded rainfall of over 100mm in just two hours.

“The highest was at Taman Desa with total rainfall of 155mm. This is certainly too high for heavily developed cities to cope with. In Kuala Lumpur, for example, widespread rainfall exceeding 70mm will cause flash floods because of the high percentage of impervious areas in the forms of buildings, roads and highways,” he said.

“It’s important for the public to understand the increasing flood risk in the future. They must be prepared especially at the community level.

“Education and awareness programmes are necessary so that the public can respond accordingly during floods. We have to embrace the whole-of-society approach in dealing with disasters,” he noted.

Furthermore, he said both engineering and non-engineering approaches to mitigate floods must be integrated.

“While structural and mitigation measures such as flood tunnels, diversions, flood walls, pump houses, dams, and on-site stormwater retention are necessary, a long-term land use and development planning is equally crucial. The existing approach of high intensity development by maximising land utilisation and construction of more and more highways in city areas is not sustainable,” he said.

“It is also necessary to invest in rainfall prediction and flood simulation technology. Tropical rainfall, especially the convective type, is highly spatial and it is difficult to predict the locations with a high degree of accuracy. Reliable rainfall prediction is crucial for flood modelling and identifying potential areas to be affected ahead of time for early warning purposes and disaster preparedness,” he noted.

Meanwhile, MetMalaysia said the thunderstorm which took place on March 7 was due to wind concentrations that encouraged the formation of intense thunderstorm clouds and contributed to the occurrence of heavy rain in the period between 4pm to 6pm.

It said as the country moves into the end of the northeast monsoon, thunderstorms may become common occurrences.

It agreed that the effects of climate change are being felt, including the diversity of weather and the frequency of extreme weather that can lead to disasters such as tornadoes and hail stones. 5.Gunman who tried to breach FBI office killed in standoff