Closure of MAPS: 265 employees to get compensation 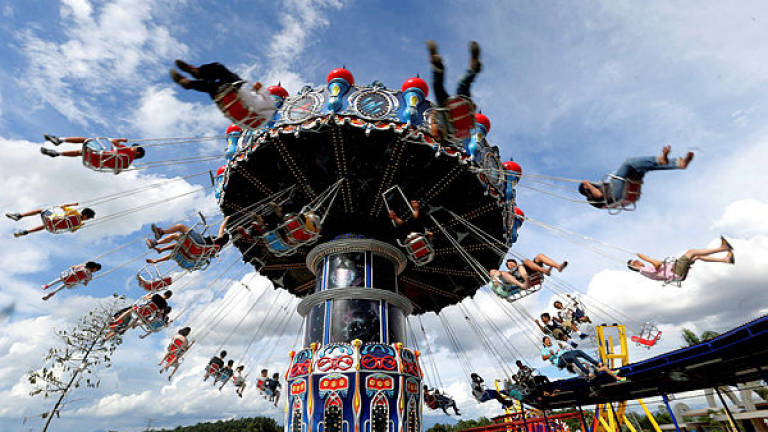 Filepix showing visitors taking part in the ‘HyperSpin’ ride during the opening of the Movie Animation Park Studios, in Ipoh on June 26, 2017 — Bernama

IPOH: The 265 permanent and contract employees of Movie Animation Park Studios (MAPS) which closed down starting yesterday, will be given due compensation in accordance with the Employment Act 1955.

According to a joint statement by directors of Syarikat Animation Theme Park Sdn Bhd (ATP) Zadrul Insan Mustadza and Yang Idros Yang Razali, the decision to close down the theme park was made after careful consideration by the Receiver and Manager of the property, Messrs Ernst & Young.

It said ATP as the operator of MAPS had taken pro-active action to help the staff in various aspects, including providing counselling services on financial management through the Credit Counselling and Debt Management Agency, and the Social Security Organisation.

“The National Population and Family Development Board was also present to provide counselling to the staff,” the statement said.

The ATP was also working with several other companies to provide job opportunities to these employees, especially those in the food and beverage, customer services, and management departments, the statement said.

Interviews were also conducted by the Sunway Lost World Of Tambun, Swiss-Garden, Hovid, Taiko Group and PCBL, while several other companies advertised their vacancies through posters.

Yesterday, the closure notice was issued by the Receiver and Manager of Animation Theme Park Sdn Bhd (ATP) from Messrs Ernst & Young.