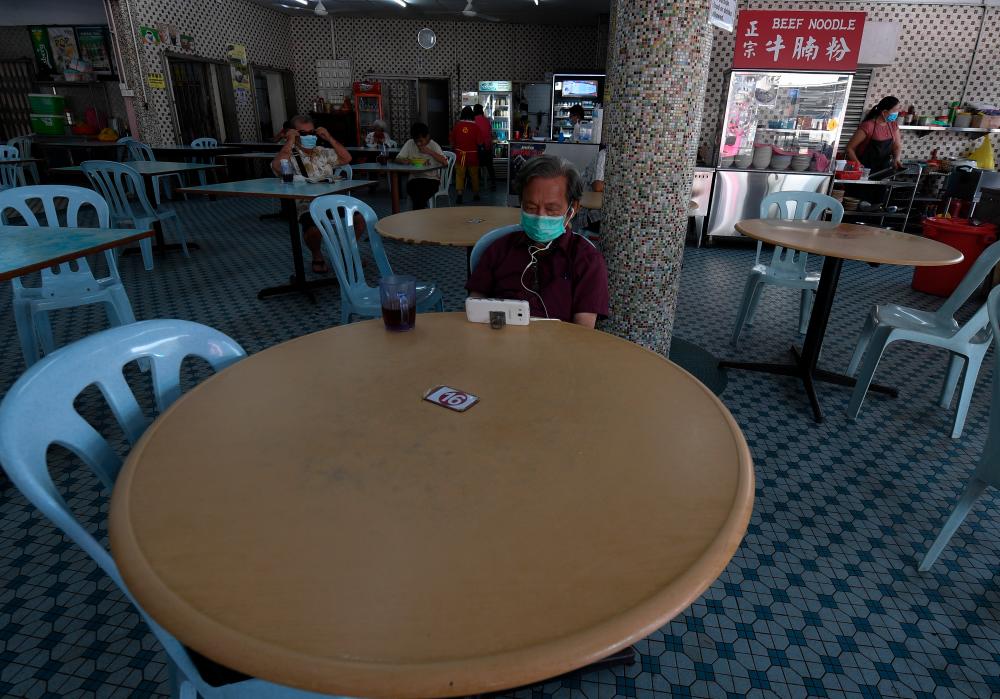 Restaurant customers are seen following the rules of the CMCO after several business and transport sectors were allowed to operate beginning today. - Bernama

KUALA LUMPUR: Although food premises are allowed to have dine-ins during the newly-enforced Conditional Movement Control Order (CMCO), many operators chose to maintain the concept of takeaway.

Bernama checks in Kampung Baru found that most food premises only sell food for takeaways, with many dispatchers waiting to deliver orders.

The same goes for fast food restaurants in Titiwangsa and Sentul, as most of them have yet to open their doors for dine-in customers, but allow only drive-thru and delivery services.

The checks also found out that almost all traders were complying with the standard operating procedures (SOP) such as practicing social distancing and compelling their workers to wear face masks.

In random interviews with Bernama, some traders said they chose to maintain the status quo as they were worried of further spread of Covid-19, and that they were not ready to be comply with the tighter SOP, especially with the low customer turnout during Ramadan.

However, several restaurants including ‘mamak’ around Setapak and Kampung Baru were spotted allowing their customers to dine in, and most of them being in compliance with the SOP set by the government.

There were two-metre gap table arrangements with only two people allowed to sit at each table.

Restaurant workers also prepared a special table for customers to write down their personal details and telephone number, and checked their body temperature before allowing them in.

Besides, social distancing markers were also visible on the floor in front of the cashier counter to ensure customers were standing one-metre apart from one another.

Prior to this, Health director-general Datuk Dr Noor Hisham Abdullah said any premises or factories that failed to follow the SOP set by the Health Ministry while operating during the CMCO would face stern action, including having the premises shutdown. - Bernama