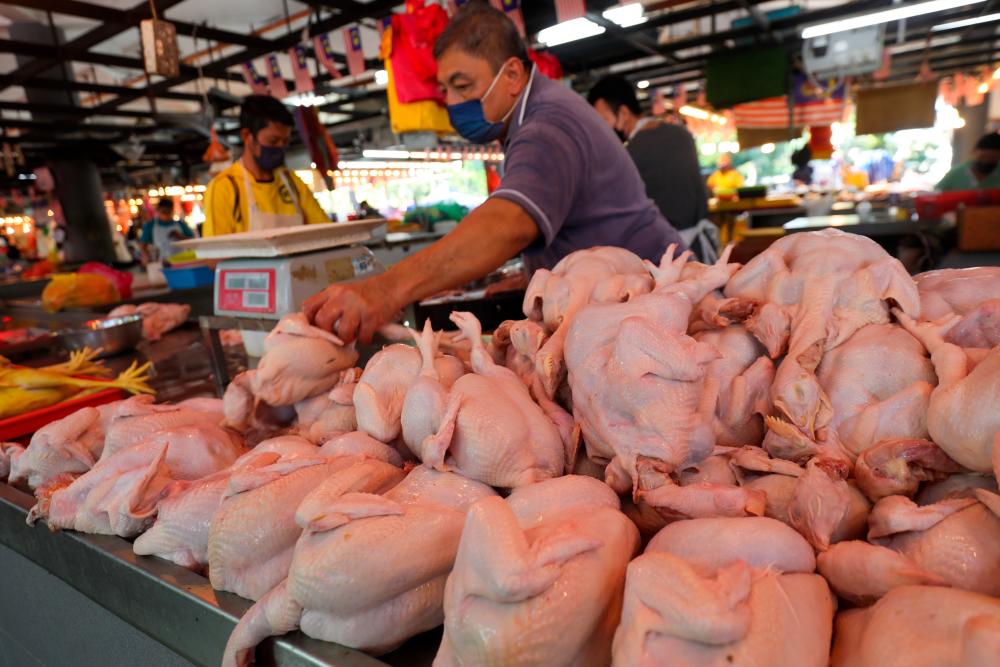 In a statement, today, he said enforcement of the Chinese New Year 2022 SHMMP will begin three days before the festival.

The list of items involved include white pomfret, weighing between 200 and 400 grammes (gms); white shrimp comprising between 41 and 60 pieces per kilogramme; garlic from China; ex-farm live pigs; pork belly and pork (lean meat and fatty meat), he said.

“The SHMMP is implemented as a measure to stabilise the price of goods and ensure the availability of supply in the market during the Chinese New Year season,“ the minister said, adding that demand for certain goods is expected to increase during the period.

Nanta said the Keluarga Malaysia (Malaysian Family) Maximum Price Scheme (SHMKM) which is also in force from Jan 1 to Feb 4 involves food such as chicken, eggs and vegetables.

He said the total number of controlled items during the Chinese New Year 2022 SHMKM and SHMMP comprise 18 types of foodstuff from chicken, chicken eggs, vegetables, dried foodstuff and pork categories.

He said the Domestic Trade and Consumer Affairs Ministry (KPDNHEP) has collaborated with the Agriculture and Food Industries Ministry to ensure there will be sufficient supplies in the market and it will be easier for the public to obtain their daily necessities for the festival.

“KPDNHEP enforcement officers will be at various locations such as public markets, farmers’ markets and supermarkets to conduct inspections and monitoring,“ he said.

Traders and the public can check the prices of the items involved under the Chinese New Year SHMMP on the KPDNHEP website at www.kpdnhep.gov.my. — Bernama