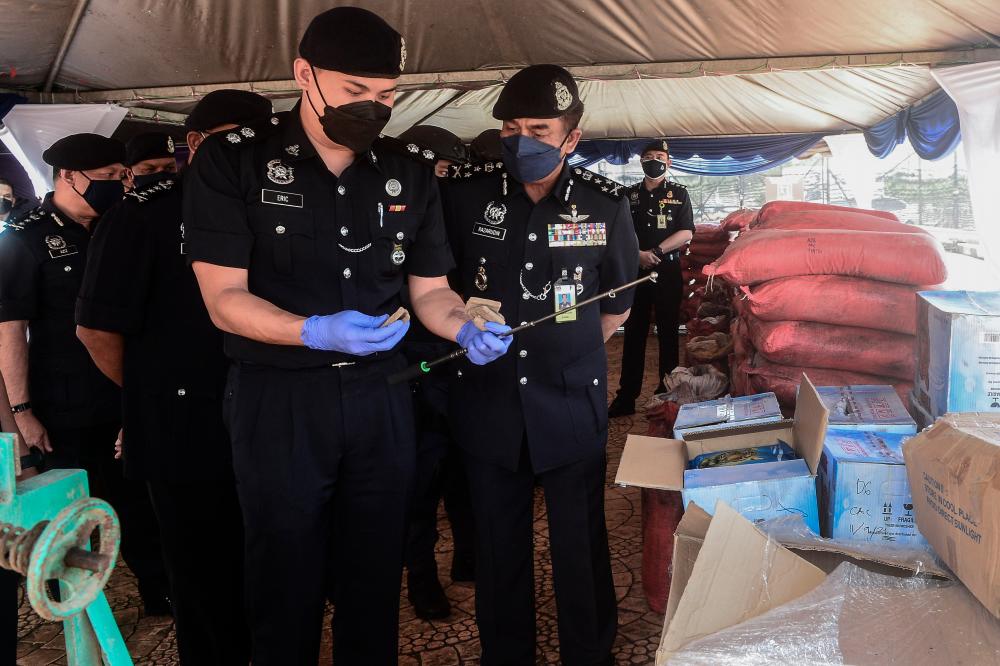 SERDANG: Police have arrested seven individuals suspected of being involved in a syndicate distributing 4.87 kilogrammes (kg) of cocaine and seized 174 sacks containing drug-processing chemicals estimated to be worth over RM50 million.

The drugs seized are believed to be not only for local distribution but also for the foreign market such as Qatar and Hong Kong.

“Apart from that, in one of the seven raids conducted on a shophouse, 174 sacks containing 5.5 tonnes of a brown powder were found.

“Preliminary tests found the substance to be one of the chemicals used to make syabu and MDMA,” he told a special media conference at the Serdang District Police Headquarters here today.

He said all the suspects had no criminal records while the urine test carried out found one of them to be positive for drugs.

The case is being investigated under Section 39B of the Dangerous Drugs Act 1952 and police also seized several vehicles, a sum of cash and watches totalling an estimated RM1.22 million.

“This syndicate has been active for more than six months and they have buyers from within and outside the country. We are still carrying out investigations to ascertain where the cocaine originated from, whether from Colombia, Mexico, the United States or some other country,” he said. — Bernama

2.Two men sent to the gallows for drug trafficking