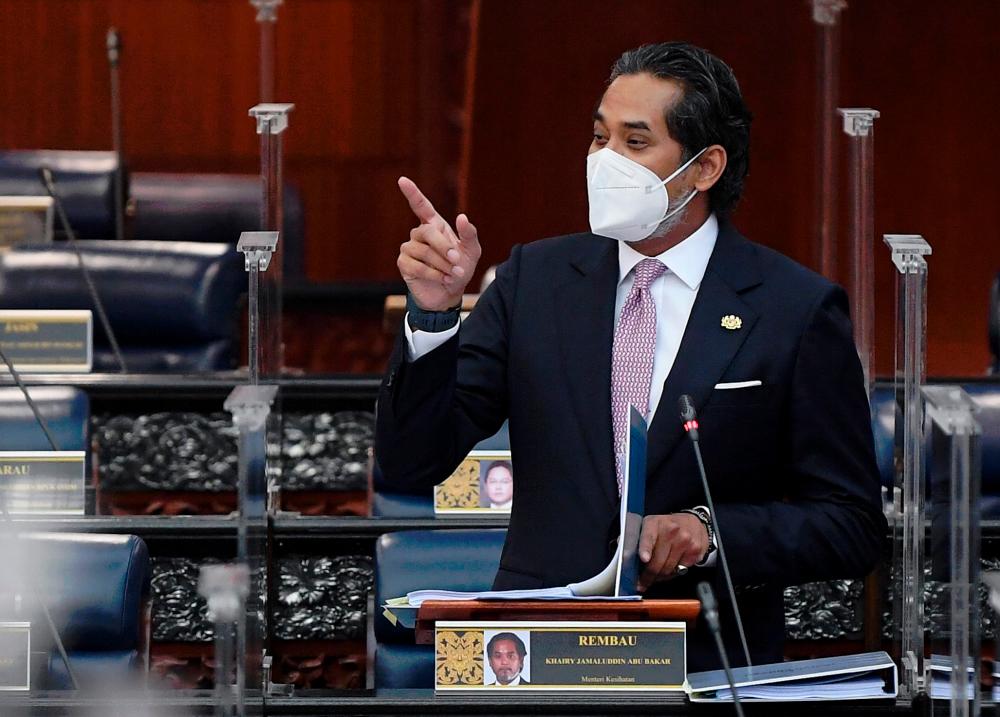 KUALA LUMPUR: Health Minister Khairy Jamaluddin has attributed the country’s success in controlling and preventing polio disease to the collaboration between various agencies.

The Representative Office to Malaysia, Brunei Darussalam and Singapore in its official message to the Ministry of Health (MOH) on Sept 10 declared Malaysia as being polio-free.

In a statement today, Khairy expressed his appreciation to all parties that have pooled their resources to ensure polio control and prevention measures in the country were successfully implemented.

He also lauded state governments, as the main agency together with their respective state health departments, for their efforts in planning and implementing measures to contain and prevent polio outbreaks.

He said also involved were the Malaysian Islamic Development Department, state Islamic religious departments, media agencies, professional bodies, non-governmental organisations (NGOs) and community leaders including elected representatives who contributed by carrying out promotional activities to raise awareness on the dangers of polio disease, control and prevention measures as well as the importance of immunisation to contain the spread of the polio virus in the community.

“Security forces including the Royal Malaysia Police, boat operators, housing area management, shopping malls are also involved in preparing the location and logistics to carry out polio immunisation. Apart from that, the Ministry of Education including state education departments, district education offices, schools and teachers also assist in campaigning for polio immunisation,“ he said in the statement.

Khairy also expressed his appreciation to the NGOs that are actively involved in the field, as well as private healthcare personnel who had contributed to the polio immunisation campaigns, health education and case detection.

“Let’s not forget the parents and guardians who have allowed their children or wards to be vaccinated. Thank you again to all MOH healthcare and medical personnel throughout the country, including laboratory staff who have worked with full commitment,“ he said.

Khairy said he hoped that the cooperation would continue not only to ensure Malaysia remains polio-free but also to ensure success in the country’s disease prevention efforts in general.- Bernama