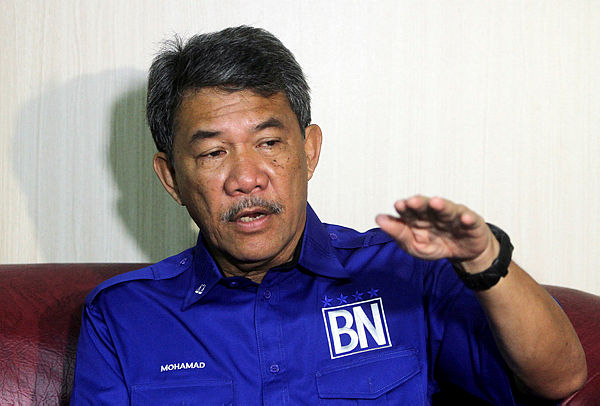 During recent ceramah, it was alleged that he signed over some 2,500 ha of land to the agency with no land title granted nor premium payments made.

There were also allegations that RM30.65 million from the Felcra sale, which was meant for the eKasih welfare fund, had gone missing.

There have been calls to trace the money trail and find where the money went.

Mohamad, who is standing in the Rantau state seat by-election, has brushed off all these allegations claiming they are nothing more than attempts at character assassination.

He still claims he did nothing wrong and remains confident of winning the Rantau seat.

Tok Mat, as he is better known, also welcomed fresh investigations into his RM10 million transfer a decade ago.

Following the by-election for the Rantau state seat, questions have again surfaced over the money which was remitted through a money changer.

Mohamad, yesterday, claimed that the money was actually for the purchase of an apartment in London.

As pointed out by Negri Sembilan state assembly speaker, Zulkefly Mohamad Omar, the former MB had clearly broken banking laws with the transfer of such a huge amount.

A survey of several voters in Rantau revealed that many want the former MB to come clean and explain these issues, especially with regards to the Felcra land.