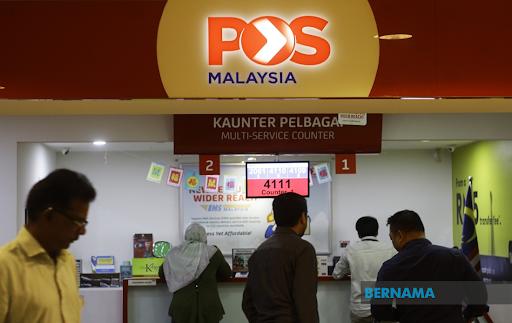 KUALA LUMPUR: The approval given by the government for a review of the commercial postage rates is accurate and apt as it will enable Pos Malaysia Berhad to boost its service performance through the generation of additional income via a hike in revenue.

Pos Malaysia Berhad workers’ unions, in a statement today, said the government understood the need to review the 60 sen stamp rate which was last done in 2010.

The statement said, the concern of the government and all the agencies which gave full support to the initiative, also reflected appreciation for all the efforts of the postmen who slogged to deliver letters to nine million addresses every day.

‘’We deeply appreciate the concern of YB Gobind Singh Deo (Minister of Communications and Multimedia) and the related government agencies who are far sighted and recognise the need for a commercial postage rates review to ensure Pos Malaysia continues to be capable of providing the best service to the people.

‘’His leadership qualities in taking pro-active measures to meet and hold dialogues with Pos Malaysia union representatives and understanding the challenges faced by the industry are praiseworthy,’’ said the statement.

The review of the commercial postage rates could help balance the high operational costs and the drop in the use of mail resulting from the existence of technologies which provided alternatives such as e-mail.

‘’The approval of the new postage rates too gives Pos Malaysia the opportunity to mobilise its planned long term development programme which is expected to benefit not only the 12,000 members of its unions but all Pos Malaysia personnel nationwide,’’ added the statement.

Currently, 95% of users of stamps comprised commercial clients and the rest (5%) were individual users.

In the meantime, the unions stated they would continue to be dedicated to their duties in the light of the trust under the Universal Service Obligation (USO) in the interest of the country.

Pos Malaysia, in its statement, on Tuesday (Jan 28) announced that it would implement a commercial postage rates review effective Feb 1, 2020, but, the move would not affect the people. — Bernama