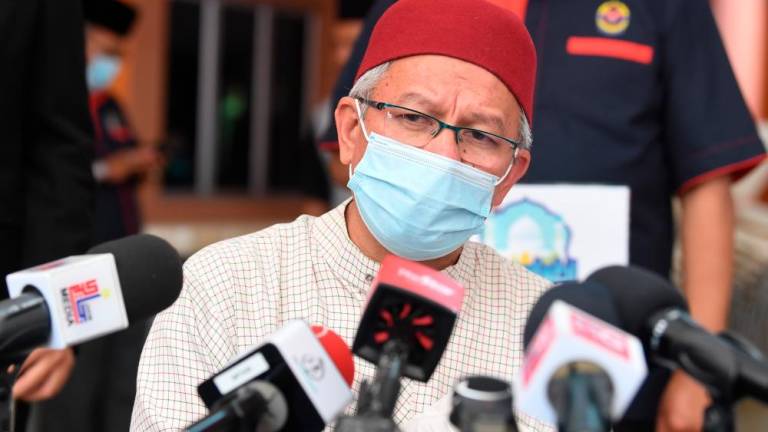 PUTRAJAYA: Friday prayers and other congregational prayers are allowed to resume in the Covid-19 Green Zones in the Federal Territories, at selected mosques and surau, and limited to between three to 30 people, from tomorrow.

Apart from the Federal Territories, this permission has been granted in Penang, Malacca, Sabah and Sarawak where the Yang di-Pertuan Agong is the Head of the Religion of Islam.

He said the Yang di-Pertuan Agong Al-Sultan Abdullah Ri’ayatuddin Al-Mustafa Billah Shah had consented to the proposal, which had been reviewed by the Special Muzakarah Committee of the National Council for Islamic Religious Affairs Malaysia.

“This decision is in line with the decision made during the National Security Council (MKN) meeting and my meeting with the Prime Minister on May 12,“ he told a special press conference here today.

However, as for other states, Zulkifli said the decision to adopt the proposal would depend on the respective religious authorities as stipulated in the Federal Constitution, that matters pertaining to Islamic affairs are under the jurisdiction of the Heads of State.

On the number of people in the congregation, he said this would be determined by the Federal Territories Islamic Religious Department (Jawi), the religious authorities and mosque committees in the four states, to prevent a sudden crowd from gathering at the mosques.

“For now it is suffice for men to pray at the mosque,“ he said.

Zulkifli added that the mosques and surau where Friday prayers are performed, should ensure that the police and the state religious authorities are present to control the situation.

He said Inspector-General of Police Tan Sri Abdul Hamid Bador had been informed on the matter and had agreed to extend his full cooperation.

“The mosques and surau committee members must ensure that the MKN and Health Ministry’s standard operating procedures (SOP) are fully complied with,“ he said. - Bernama