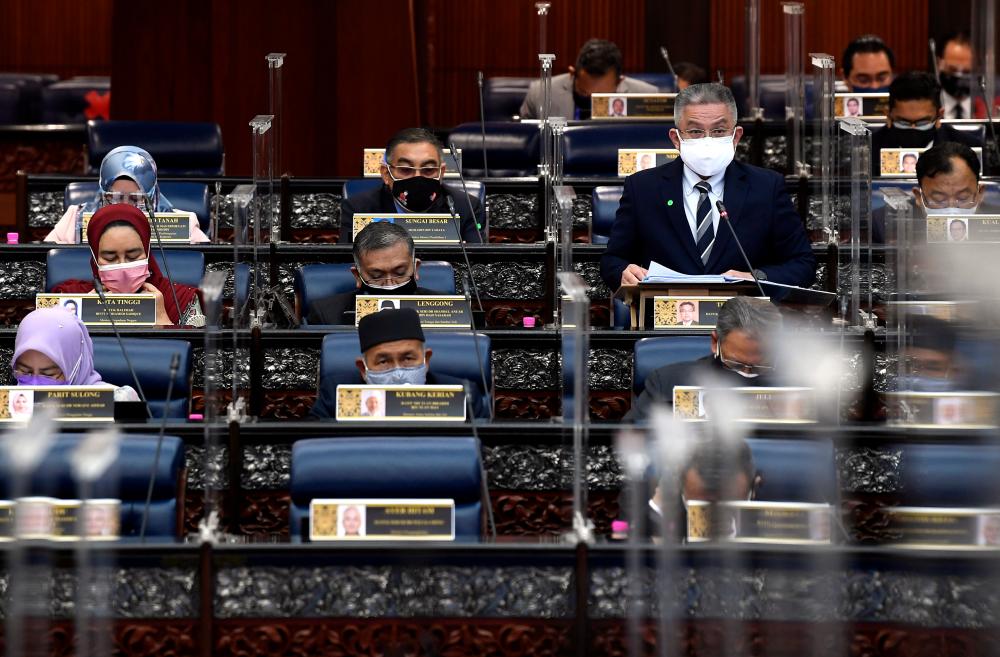 KUALA LUMPUR: The government has given an assurance that no disciplinary action will be taken against any doctor or contract health officer who participated in the peaceful ‘Hartal Doktor Kontrak’ demonstration yesterday, said Health Minister Datuk Seri Dr Adham Baba.

Replying to MPs’ questions on the actions to tackle the Covid-19 outbreak at the special meeting of the Dewan Rakyat today, Dr Adham said that they (contract doctors) had the right to voice their views.

“Insya Allah (God willing), there will be no action against them even though they went out yesterday to demonstrate ... we will not take disciplinary action,” he said in response to a question from Datuk Seri Dr Dzulkefly Ahmad (PH-Kuala Selangor), whether the Ministry of Health (MOH) will take action against the contract doctors involved in the peaceful demonstration.

Earlier, Dr Adham presented his explanation on the actions taken by the MOH to curb the spread of the pandemic. A total of 18 MPs raised questions and sought further clarification.

On the issue of permanent posts for contract doctors, Dr Adham said that the government had prepared short and medium-term plans, including extending the two-year contract term, to enable the MOH to table amendments to the Pension Act 1980 and the Medical Act 1971.

He said that the amendment to the two acts was to enable contract medical officers to obtain permanent positions, with the pension method or the Employees Provident Fund (EPF) contribution option.

“I promise to bring them (amendments to the act) to Parliament so that we can help them (contract officers). I hope for the support of the Honourable Members, so that it can be discussed (to be amended) and approved so that the contract doctors can be properly protected,” he said.

Dr Dzulkefly, who started the debate today, stressed that contract doctors only want their welfare protected and to get fair and equitable treatment.

“Don’t treat them (contract doctors) in this pandemic similar to PPEs (personal protective clothing), discarded after use,” he said.

Mohd Fasiah, on the other hand, raised the question of the number of contract medical officers currently serving with the MOH to deal with the Covid-19 pandemic. — Bernama