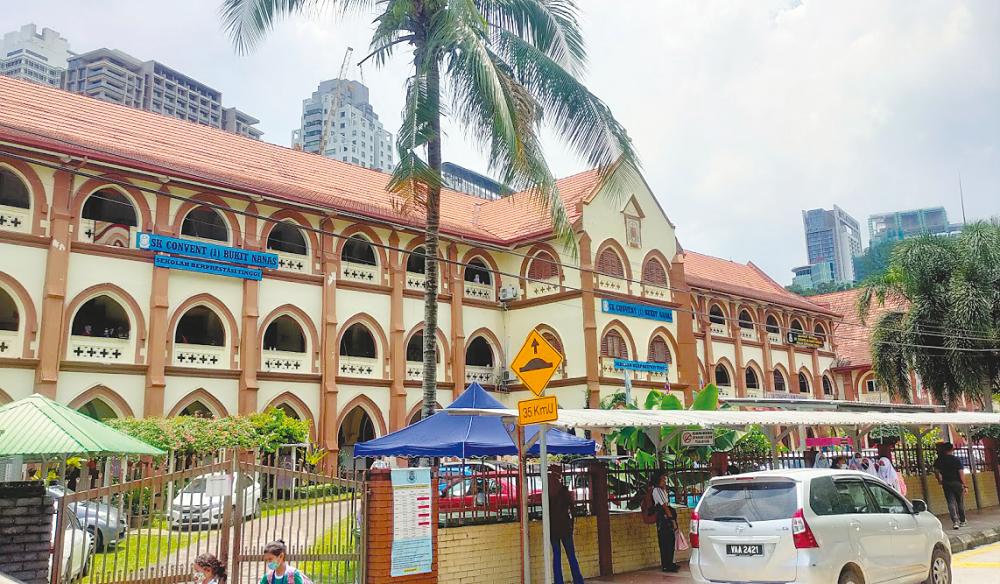 PETALING JAYA: A campaign to win more time for the 122-year-old Convent Bukit Nanas has proven to be successful.

The Prime Minister’s Office announced yesterday that the lease for the school will be extended by another 60 years.

On Sunday, it came to light that the government had not renewed the land lease for the school, that is due to expire on Sept 6. The school then applied for a judicial review of the government’s decision and the case was scheduled to be heard in the High Court on May 4.

The matter came under the spotlight when an online petition, “Act Now to Preserve the Heritage Convent Bukit Nanas from Moving Out”, was launched by St John’s Alumni Association Kuala Lumpur on Monday.

The petition garnered more than 36,000 signatures.

Besides St John’s Alumni, several other parties have come out in support of the school.

The Federal Territories Land and Mines Office said it would not ask the school to vacate the land to make way for any redevelopment projects.

In an interview with theSun, SMK Convent Bukit Nanas Alumni president Tengku Nurul Azian Tengku Shahriman said the site where the school is located should be given freehold status.

“We will continue to exert pressure on the government,” she said.

Federal Territories Land and Mines director Datuk Muhammad Yasir Yahya said the lease on the land has to be renewed to enable the school to be gazetted as an educational institution that is fully aided by the government.

Yesterday, Federal Territories Minister Tan Sri Annuar Musa said he wished to meet the Convent Bukit Nanas (CBN) Sisters to explore what could be done to help preserve the school.

In a text message to theSun, he said the “CBN admin (had) scheduled to have (a) meeting (with) KSN (Chief Secretary to the Government) today. Issue should have been resolved.

“The government and the prime minister acted on it. WP (Federal Territories) land matters are under the PMO (Prime Minister’s Office).”

The 122-year-old all-girls mission school is currently managed by its owners, under the school board Lady Superior of the Society of Saint Maur.

Former Cabinet minister Tan Sri Rafidah Aziz has also weighed in on the matter, saying that the government “should assist the convent to upgrade its delivery of education onto a higher plane”.

“The best thing to do is for the government to give freehold status to the disputed parcel,” Rafidah, also an alumna, said.

“This is to enable (the school) to continue to contribute to educational excellence in Malaysia, secure in the fact there will be no more uncertainties pertaining to land ownership.”