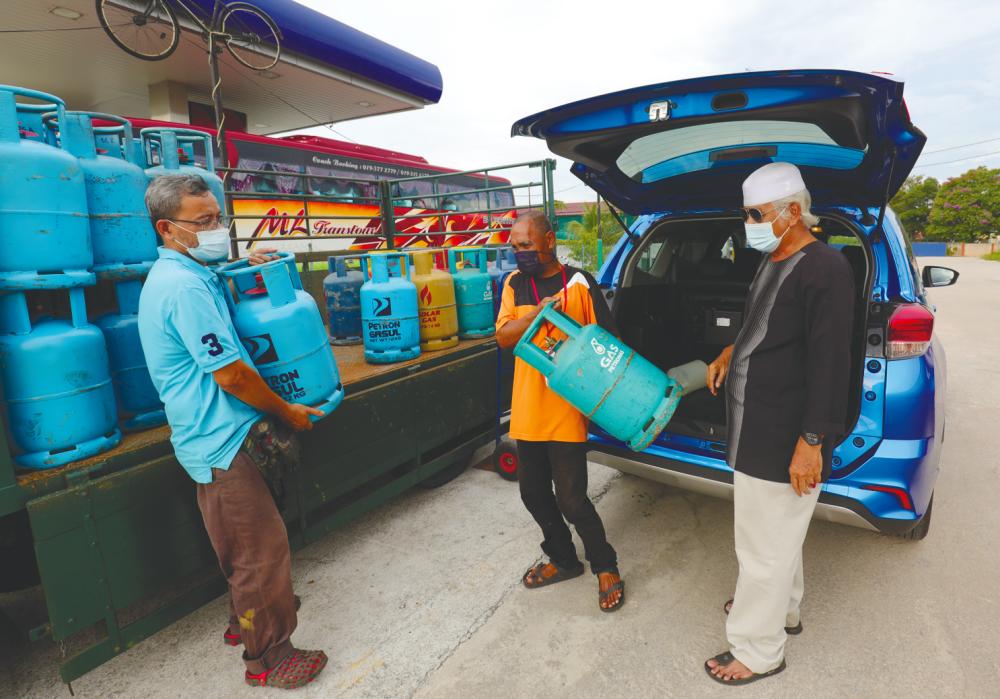 More than 80% of accidents are attributed to a widespread lack of knowledge. – MASRY CHE ANI/ THESUN

PETALING JAYA: Scarcely is there a home, restaurant or hawker stall in Malaysia that does not have the ubiquitous cooking gas cylinder.

More than half a century has passed since it was first introduced, and accepted as a safe and convenient option to charcoal or firewood for cooking.

However, cases of cooking gas cylinders exploding are not uncommon.

Just last month, a doctor in Penang was caught in a blast that left 95% of his body badly burned. He eventually succumbed to the injuries.

Gas explosions have been cited as the most prevalent reason for admission to burn units in hospitals across the country.

However, safety and health practitioner Capt Wan Hock Leong attributes such incidents to human factors rather than faults in cylinders.

“A widespread lack of knowledge is responsible for more than 80% of cooking gas explosions,” said Wan, who works for OSH Dynamics Sdn Bhd, an occupational safety and health consulting company.

“Being denser than air, liquefied petroleum gas (LPG) inside the cylinder generally stays close to the floor when there is a leak, rather than float away. Mixed with air, the combination becomes highly explosive,” he explained.

Wan said that in a confined space, leaked cooking gas may build up its pressure by 280 times, making it susceptible to a major blast.

He said consumers should be aware that cooking gas is odourless and colourless, so a leakage is not easily detectable. At the same time, it is highly combustible, making it additionally dangerous when it leaks out of the cylinder.

Wan said the authorities have already made it legal for gas suppliers to include an odour (in the form of Ethyl Mercaptan, a clear liquid with a distinct stench), ensuring that a leak can be quickly detected and preventive measures taken.

The manufacturing of gas cylinders is highly regulated by the Occupational Safety and Health Department and the Energy Commission.

“The filling, storage, handling and transportation of LPG are managed strictly by gas companies and their vendors. Up to this stage, we may accept that gas cylinders and their contents are intact and safe.”

However, there is little legislative supervision on its handling and usage at home. The danger arises when there is a leak in the gas regulator or hose, or when the stove is damaged.

To reduce incidence of gas explosions, Wan suggested that a legislation be introduced to require all new condominiums, apartment buildings and shopping malls be equipped with a central gas supply system, eliminating the need for gas cylinders.

He said households could opt to go for electric stoves but it is a more expensive alternative. “Authorities such as the Fire and Rescue Department and residents associations could also organise talks on how to use cooking gas safely.”

Consultant plastic, re-constructive and aesthetic surgeon Dr A. Ananda Dorai said burn victims should be treated in a specialised unit with all the necessary equipment in place.

“The duration of hospitalisation can be two to four months, depending on the severity and the percentage area of skin affected,” said Ananda, who is with the Thomson Hospital Kota Damansara.

“First aid is important. Pour water on the burned area for 15 to 20 minutes to cool it down and thereby minimise the severity of the damage. Then seek medical treatment immediately,” he added. 1.‘This is an atrocity’: Fears grow that Russian blockade may unleash famine