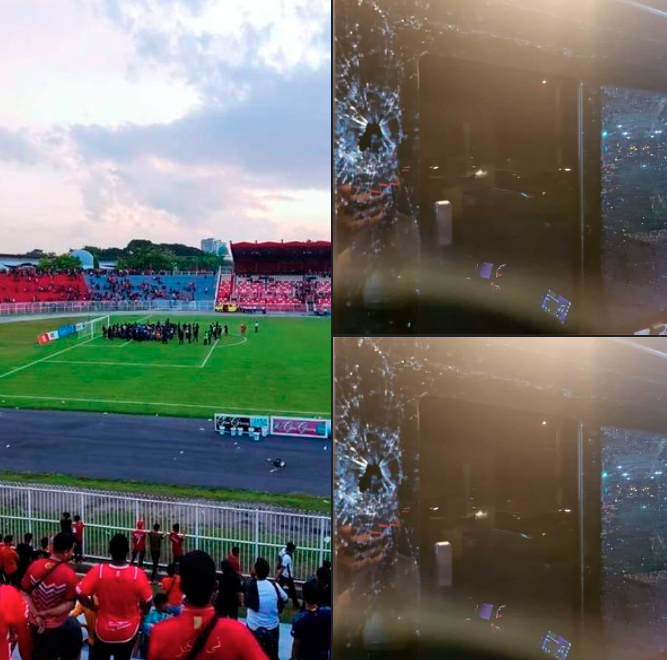 The incident was reportedly triggered following Kelantan’s defeat in a Premier League match.

No one was injured in the incident, which is believed to have started when a fan from one side provoked the other side.

Plastic bottles and other items could be seen being thrown as things became heated.

The incident happened inside the stadium about 6.30pm after Perak beat Kelantan FC 2-1.

The incident also saw the windscreen of a tour bus rented by Perak fans damaged when Kelantan fans were believed to have hit it with stones.