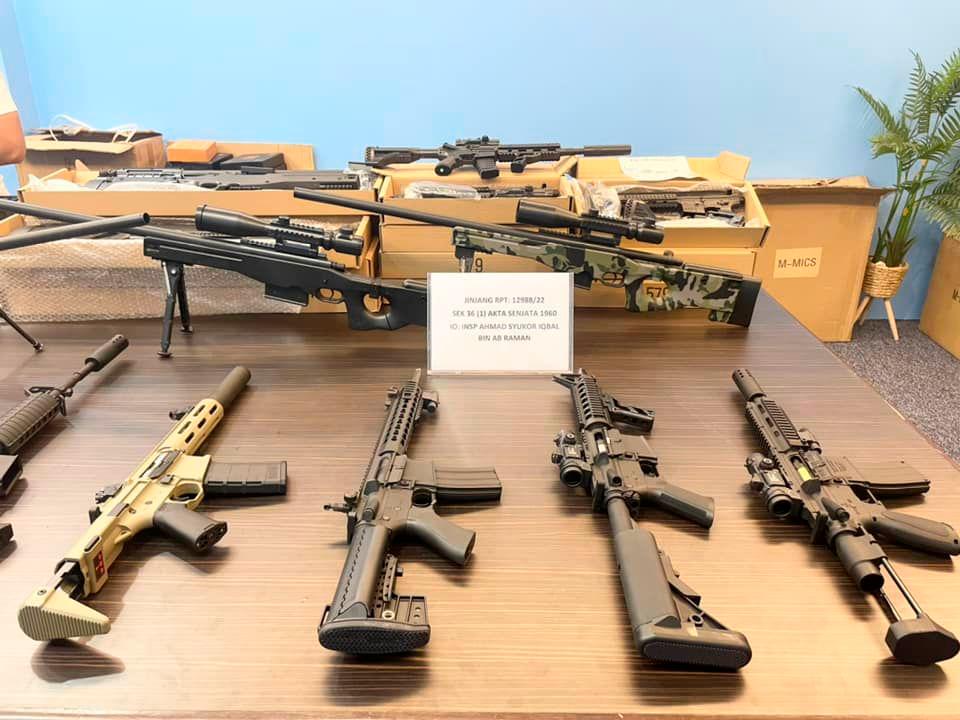 KUALA LUMPUR: Police seized 2,078 fake firearms estimated to be worth RM318,520 from a foreign national in several separate locations around the capital, yesterday and today.

Sentul district police chief ACP Beh Eng Lai said the seizure was made after the 26-year-old man was arrested under suspicious circumstances on the roadside in Taman Pusat Kepong Jinjang when a team of police officers was patrolling in the area at about 11 am yesterday.

He said during an inspection of the suspect and his vehicle, the police found 25 fake guns, two toy guns and 480 plastic bullets in the front and rear passenger seats of the car.

“Following the arrest, at 12 noon today, two raids were carried out at business premises in Taman Fadason, Jinjang and a residence in Taman Megah Kepong.

“The results of the raid on the two premises found that the locations were being used as a store for fake weapons and the police seized 731 fake pistols, 168 fake shotguns and 1,149 fake rifles of various types,“ he told a press conference at the Sentul police headquarters today.

He said further investigation revealed that the suspect had been running the business of selling various toys and fake weapons online since October 2021 and the goods were bought from China.

“The fake weapons are sold for around RM50 to RM200 per unit through several online business applications such as Shopee and Lazada,“ he said.

He said the case was investigated under Section 36 (1) of the Arms Act 1960 and Section 6 (1)(C) of the Immigration Act and the suspect was remanded for three days starting today to assist in the investigation. - Bernama