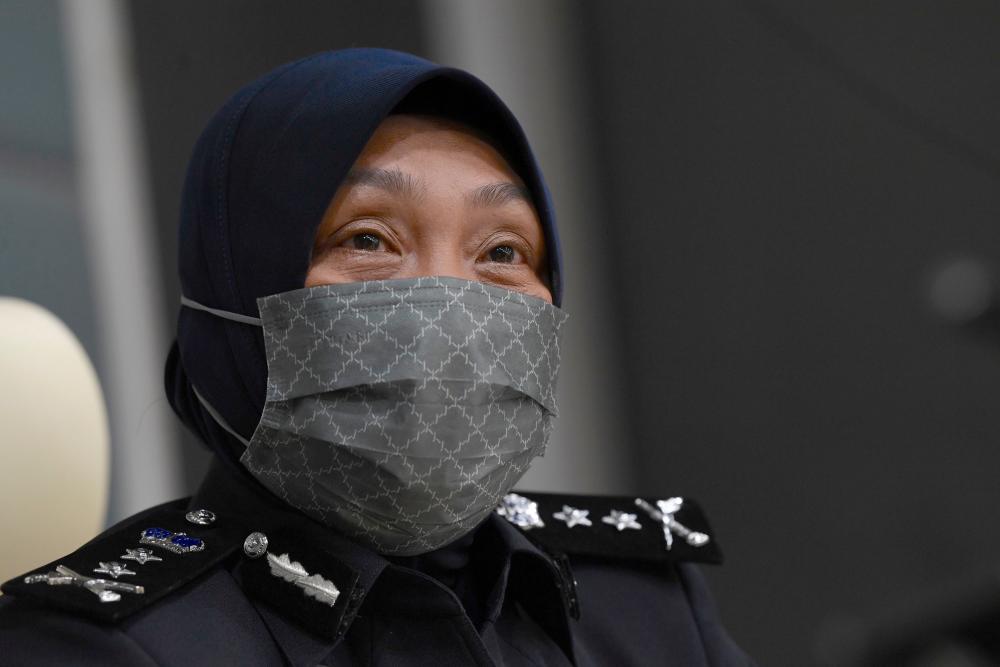 PADANG BESAR: Police are tracking down the mastermind who allegedly supplied thousands of personal data to an illegal prepaid SIM card registration syndicate.

State police chief, Datuk Surina Saad (pix) said police had identified the suspect who was currently in the north of Malaysia.

“Police, together with the Malaysian Communications and Multimedia Commission (MCMC), are completing the investigation to bring the suspect to justice.

“Cases related to technical aspects, such as communication equipment, are handed over to MCMC while those involving commercial crime, such as personal data, are investigated by police,” she told reporters after witnessing ketum leaves and liquid disposal, here, today.

On June 24, Bernama reported that police detained seven individuals including three women, believed to be involved in a prepaid SIM card registration scam in a raid on June 22.

The case is being investigated under Section 420 of the Penal Code and Section 239 of the Communications and Multimedia Act.

She said that until June 26 this year, Perlis JSJN had arrested 1,149 suspects for offences involving drugs and ketum leaves, and seized 369.12 kilogrammes (kg) of drugs and 35 tonnes of ketum leaves.

“The cases and arrests this year have so far dropped by 50 per cent, and the seizures by about 60 per cent,” she said.

Surina attributed the drop to continuous enforcement by police and the related agencies, as well as external factors when Thailand allowed the use of ketum leaves.

“Also, the market price of ketum leaves has dropped from RM180 to RM40 per kg, according to police intelligence,” she said. — Bernama