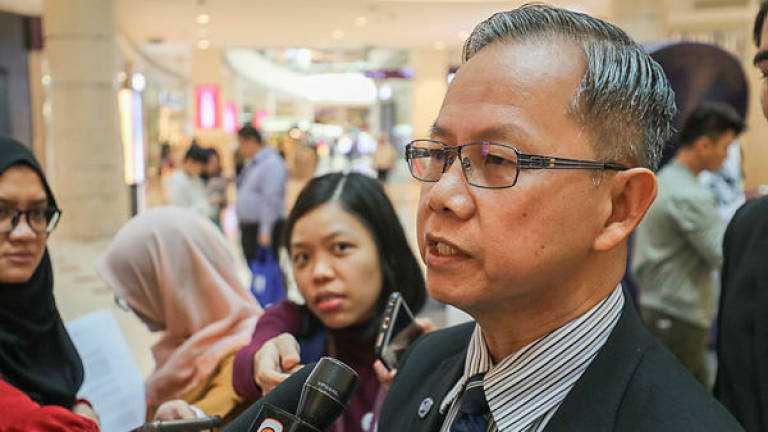 IPOH: Coronary heart disease is still the number one killer causing the death of about 50 Malaysians every day, according to Deputy Health Minister Dr Lee Boon Chye (pix).

He said according to statistics from the Department of Statistics, the number of deaths due to coronary heart disease in 2018 was 18,267 and remains the leading cause of death in the country.

“The death toll from the disease is increasing every year and it is also the leading cause of sudden death,” he told reporters after officiating the programme, Perak Automated External Defibrillator (AED): Save-A-Life’at Ipoh City Hall, here today.

About 580 participants from all over the country participated in the programme organised by the Ipoh Cardiovascular Society aimed at raising awareness and the number of people who are able to perform cardiopulmonary resuscitation or CPR and use the AED.

In another development, Dr Lee said the Ministry of Health did not have the authority to enforce a ban on drinking alcohol in certain places such as the smoking ban.

For the smoking ban, the ministry can carry out the enforcement as it is enshrined in the Food Act 1983.

He said the ban was under the jurisdiction of the respective local authorities.

“However, drinking alcohol while driving is not appropriate and it is not permitted. If they want to drive they should not drink alcohol because it will not only risk putting them in danger but other drivers too.”

On today’s programme, Dr Lee said it was useful as it not only increased public awareness but also taught the people to provide treatment as quickly as possible in the event of sudden cardiac arrest.

“Another six locations are being identified such as in Bukit Kledang, Ipoh Stadium and a few more places. Before the installation we need to get permission from the government and the Ipoh City Council,” she added. - Bernama