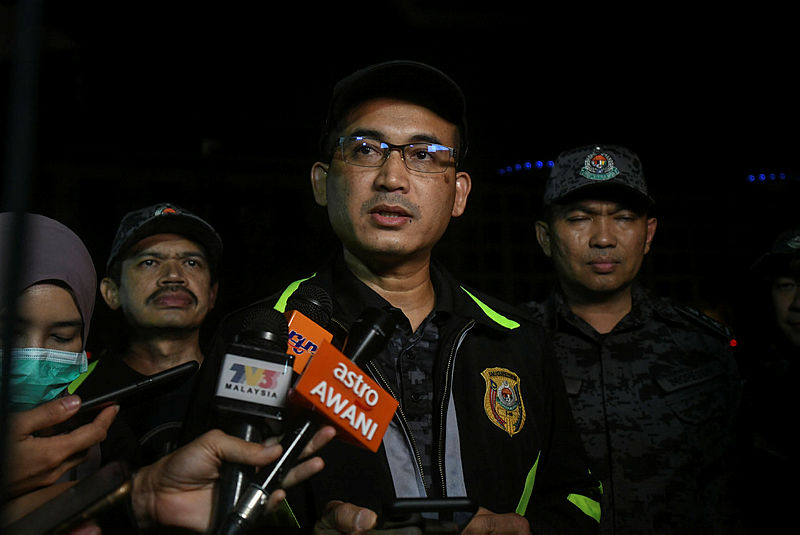 KUALA LUMPUR: Chinese tourists in Malaysia with health issues or who have failed to get on flights out of the country, will each be issued with a special pass, said Immigration director-general Datuk Khairul Dzaimee Daud (pix) today.

The special passes will only be issued after validation is received from the Chinese Embassy in Malaysia. This follows the travel ban issued by the Malaysian government on Chinese visitors from Hubei province including Wuhan city where the 2019 novel coronavirus was first detected in December last year.

“The visas for all Chinese tourists who are still in the country will not be extended, except for those with health issues or those who have failed to get on flights out of the country.

“Effective Jan 27, they (tourists) are required to come to the immigration office with their departure flight tickets and validation received from the Chinese Embassy, to apply for the special pass,“ Khairul Dzaimee said at a press conference after an enforcement operation undertaken at an apartment block in Ara Damansara here.

He added that the special passes would be issued for a 14 or 30-day stay in Malaysia, based on respective departure flight dates.

In a previous statement, Deputy Prime Minister Datuk Seri Dr Wan Azizah Wan Ismail had said that the travel ban imposed on Chinese visitors from Hubei province including Wuhan city, would be extended to other provinces, following the lockdown on movement issued by the Chinese government on those areas.

Wan Azizah, who is also National Disaster Management Committee chairman, said the measure had been decided upon in view of the current status of coronavirus infections.

She had also said that Malaysian immigration authorities would implement the travel ban as soon as the Chinese government declared a lockdown in a particular province. — Bernama