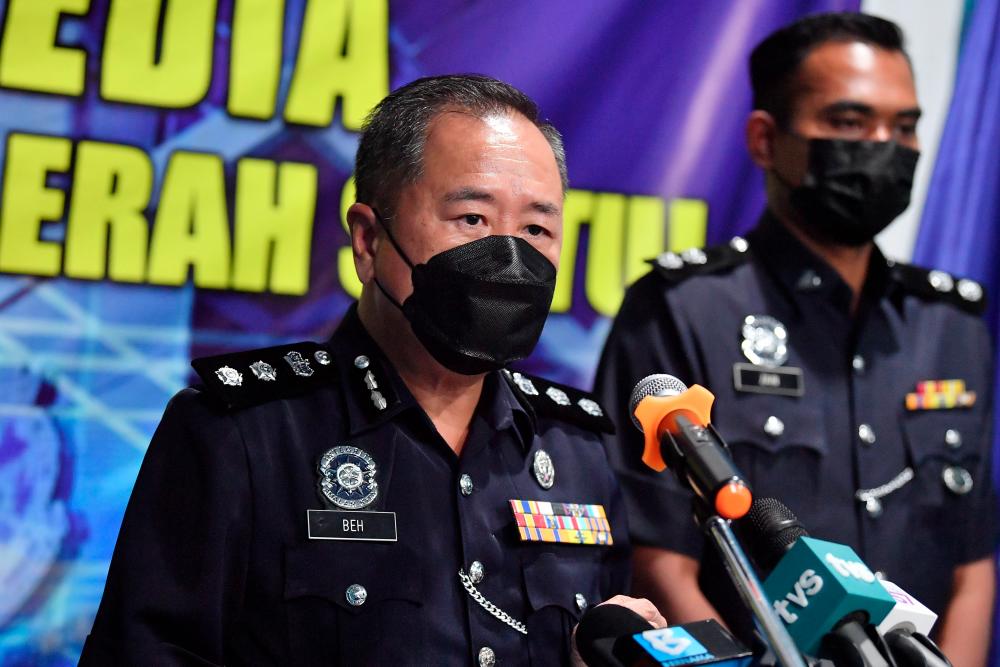 KUALA LUMPUR: A husband and wife, as well as their two children, were among six individuals arrested on suspicion of trafficking various types of drugs, estimated to be worth RM328,385, around the Klang Valley, on Monday.

All suspects, aged between 18 and 47, were detained at a condominium unit in Jalan Kuching and a terrace house in Taman Indah, Kepong, here.

Sentul district police chief ACP Beh Eng Lai (pix) said the suspects, all local, are believed to have been active for the past year.

He said the modus operandi used by the family of four was to send drug supplies to two other suspects for sale.

“They (the family of four) will also supply (drugs) directly to regular customers who are close friends at the designated place,” he said in a press conference at the Sentul district police headquarters, here.

Beh said that they also processed ketamine in their home on a small scale for resale.

“In addition, eramin 5 pills and ecstasy pills were also seized from another supplier on the roadside in Kuchai Lama, here, and the police also seized RM49,057 in cash, involving all the suspects,“ he said.

“The amount of the drugs seized was able to cover the use of 2,045 addicts,” he said, adding that the case was investigated under Section 39B of the Dangerous Drugs Act 1952.

Beh said that all suspects were remanded for seven days, starting Tuesday until Aug 1. — Bernama