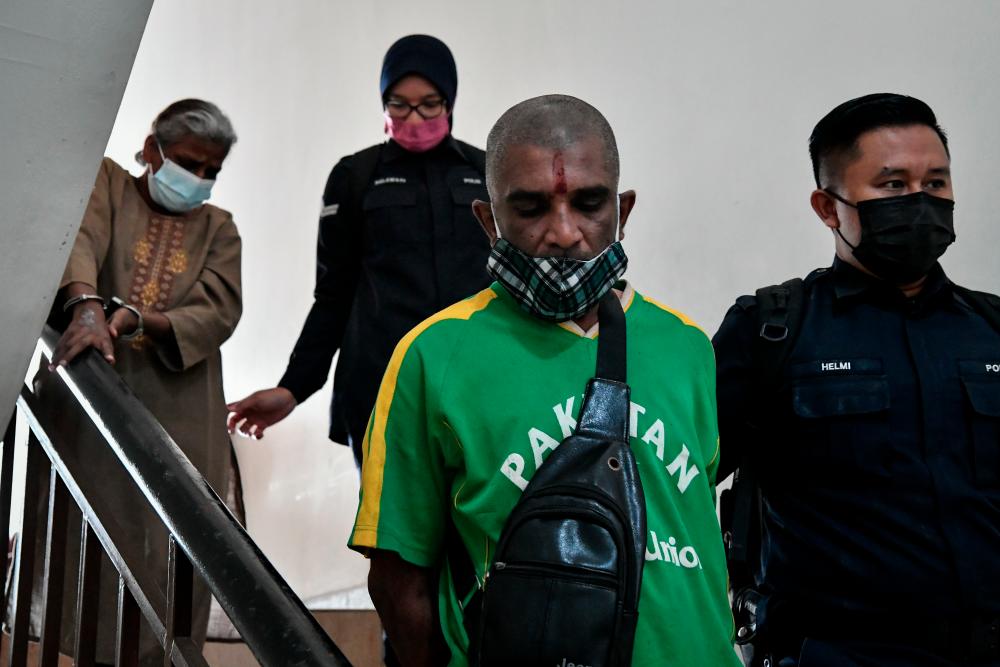 Judge Mohd Radzi Abdul Hamid said M. Vathanan, 44, and T. Krishnaveni, 55, were granted bail as one has health issues while the other is a woman. — BERNAMAPIX

GEORGE TOWN: Two servers of a catering company facing a joint charge for sheltering 24 illegal immigrants under the Anti-Trafficking in Persons and Anti-Smuggling of Migrants (ATIPSOM) Act 2007, were granted bail by the High Court here yesterday.

Judge Mohd Radzi Abdul Hamid said M.Vathanan, 44, and T.Krishnaveni, 55, were granted bail as one has health issues while the other is a woman.

Mohd Radzi said after hearing the submission of their lawyers, E.Gnasegaran and Audrey Wee, the court found Vathanan has vomited blood several times during the proceedings and the suspects are allowed the exemption under the Security Offences (Special Measures) Act 2012 (SOSMA).

He then allowed Vathanan and Krishnaveni to be released on bail of RM25,000 and RM20,000 with two sureties each, respectively.

The judge also ordered both of them to surrender their passports to the court and report to the nearest police station every two weeks.

On July 8, Vathanan and Krishnaveni were jointly charged at the Butterworth Sessions Court for harbouring 24 illegal migrants at a house in Jalan Datuk Haji Ahmad Badawi 13200, Kepala Batas on June 13, this year.

They were charged under Section 26H of the ATIPSOM 2007 and read together with Section 34 of the Penal Code, which provides jail imprisonment not more than 10 years, and a fine or both, upon conviction.

No bail was offered then to both the accused. - Bernama