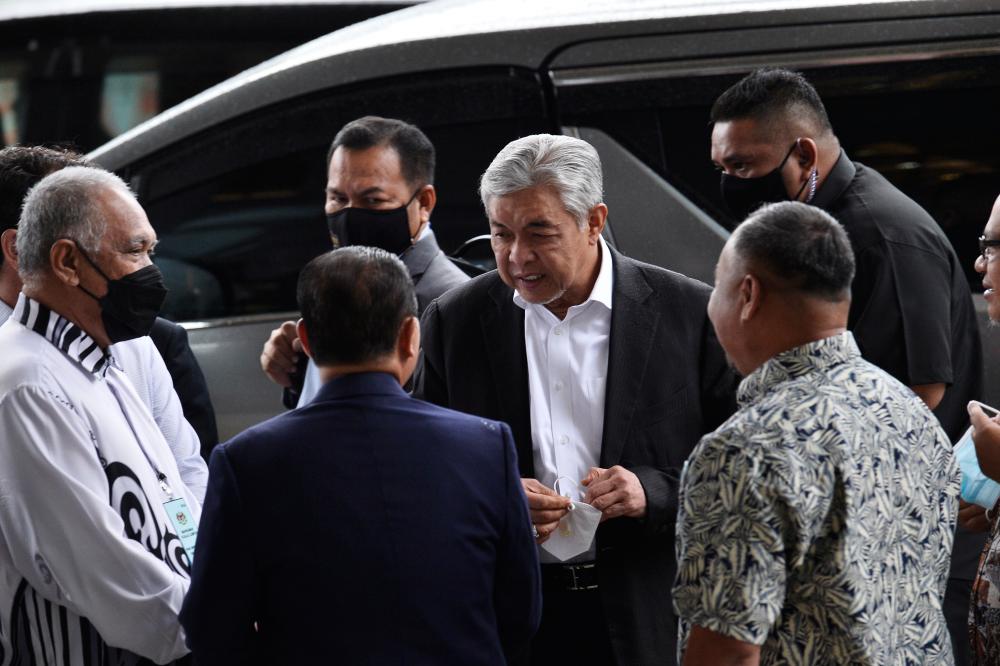 SHAH ALAM: Proceedings have begun in the High Court, which will determine whether to acquit or call for the defence of Datuk Seri Ahmad Zahid Hamidi over 40 charges of graft involving the Foreign Visa System contract.

The court convened at 9.24 am with Judge Datuk Mohd Yazid Mustafa on the bench.

Ahmad Zahid, 69, had arrived at the court at 8.50 am, accompanied by about 100 of his supporters attired in black and white from the main entrance of the Sultan Salahuddin Abdul Aziz Shah Courts complex to the lobby of the building.

The prosecution team and Ahmad Zahid’s defence team had begun arriving at the court complex from 8.15 am.

If the court finds that the prosecution had established a prima facie case, Ahmad Zahid will be ordered to enter his defence. Otherwise, the Bagan Datuk Member of Parliament will be acquitted.

About 100 local and foreign journalists arrived at the court complex as early as 7 am, while Ahmad Zahid’s supporters gathered at the main gate at around 8 am, holding up a banner with the slogan ‘Solidariti 4 AZH’.