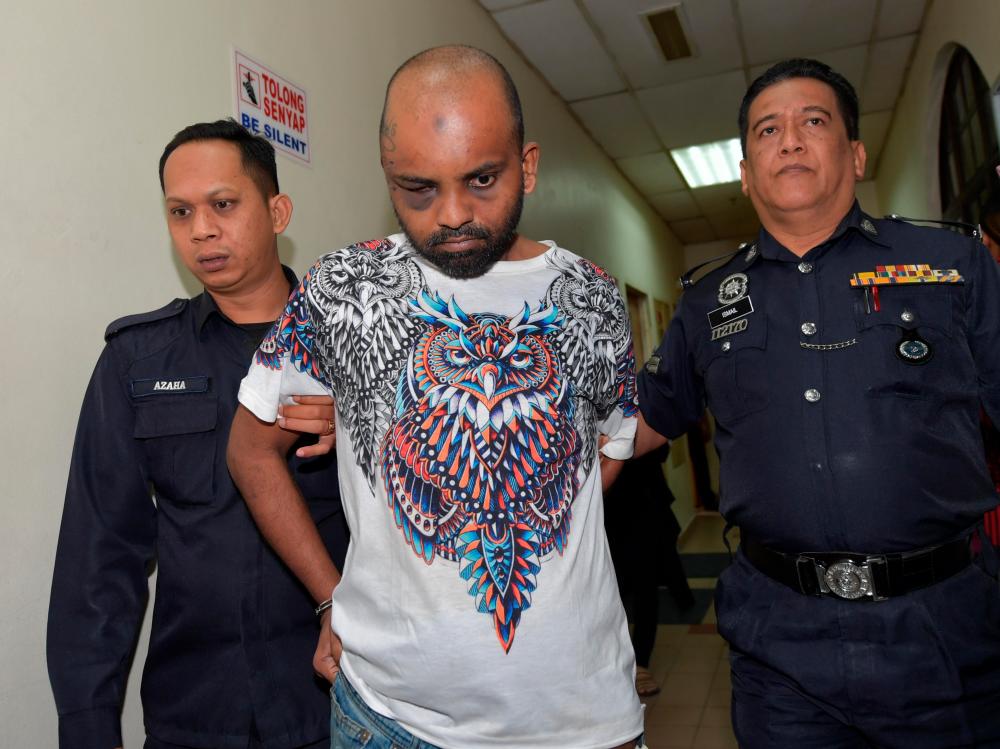 The magistrates’ court today ordered Mohd Zulkifli Ali, 33, who allegedly stepped on the Quran in a viral video to be sent to Permai Hospital for mental health examination. - Bernama

JOHOR BARU: The magistrate’s court here today ordered a man seen stepping on the Quran in a recent viral video to be sent to Permai Hospital here for a mental health assessment.

The order under Section 342 of the Criminal Procedure Code was issued against Mohd Zulkifli Ali, 33, by magistrate Nurasidah A. Rahman.

The request for the mental health evaluation was made by deputy public prosecutor Nurhayati Muhammad Fathullah for the court to determine Mohd Zulkifli’s mental health status.

Mohd Zulkifli was charged with defiling the al-Quran by stepping on it with the intention of insulting Islam under Section 295 of the Penal Code, which provides for a maximum jail term of two years or a fine or both if convicted.

He was also accused of uttering insulting words heard by an individual with the intent to hurt his or her religious convictions under Section 298 of the same code which carries a jail term of up to a year or a fine or both if found guilty.

Both offences were alleged to have taken place at a hotel room on Jalan Abiad, Taman Tebrau Jaya, here at 8.40am on Feb 13.

However, the unemployed man who was unrepresented did not make any plea when the charges were read out to him and simply nodded in an apparent acknowledgement.