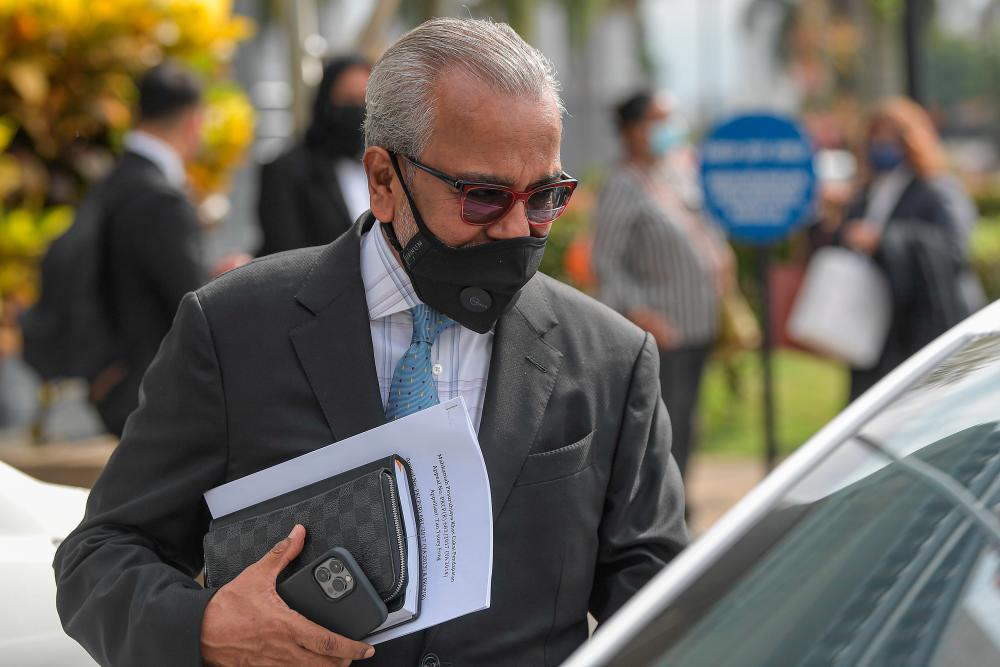 KUALA LUMPUR: The High Court here today allowed the application by lawyer Tan Sri Muhammad Shafee Abdullah (pix) for the temporary release of his impounded passport to enable him to go to New York to manage the settling in of his son’s higher studies.

Judge Datuk Muhammad Jamil Hussin granted the temporary release of the passport from today until Dec 3 after hearing submissions from Muhammad Shafee’s lawyer Wee Yeong Kang as there was no objection from the deputy public prosecutor S.Nithia.

Earlier, Wee submitted that his client needs to go to New York from Oct 27, 2021, to Nov 30, 2021, to meet his son and help him settle in at The New School Parson in New York for higher studies.

According to the notice of motion filed on Oct 18, 2021, Muhammad Shafee made an application for his international passport to be handed over to him temporarily at the latest on Oct 25, for him to make preparations to fly from the Kuala Lumpur International Airport (KLIA) to New York on Oct 27.

Muhammad Shafee said he would be returned the passport to court by Dec 3, 2021.

To date, Muhammad Shafee who is the lead defence counsel for former premier Datuk Seri Najib Tun Razak in the SRC International Sdn Bhd and 1Malaysia Development Berhad (1MDB) related cases, has been allowed to travel abroad several times after he was charged.

The 69-year-old senior lawyer had handed over his passport in September 2018 after he was charged on two charges of receiving RM9.5 million which were proceeds from unlawful activities through two cheques issued by Najib which were deposited into his CIMB Bank Berhad account.

He was also charged with two counts of engaging in transactions resulting from illegal activities, namely submitting incorrect tax returns, which is in violation of paragraph 113 (1) (a) of the Income Tax Act 1967 for the financial years ending Dec 31, 2013, and Dec 31, 2014.

As of today, a total of six prosecution witnesses have testified in the case which started on May 21 this year.

The trial is scheduled to continue on Oct 26 and 27.- Bernama