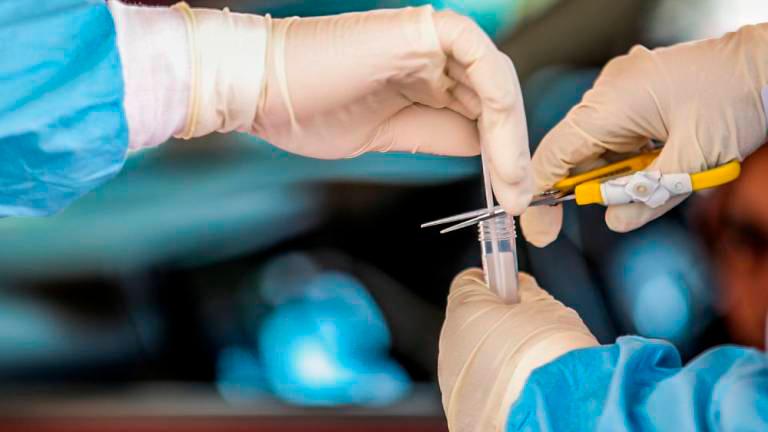 “In the fourth EW, until Jan 25, 2022, another 26 education clusters were reported,“ he said in a statement today.

He said 99.7 per cent of the cases (4,621 cases) reported only suffered from mild symptoms (categories One and Two), while only 0.2 per cent (12 cases) were from categories Three and Four, with all of them now in stable condition at healthcare facilities.

“Based on investigations by the District Health Office’s (PKD) on the cases and clusters reported, the infections were due to non-compliance with SOPs (standard operating procedures) by educational institution staff while at school, as well as after schooling hours, especially for those living in hostels.

“Other causes include individuals with symptoms still attending classes and being detected late; pupils quarantined at schools not complying with quarantine instructions and procedures; crowded areas not being regularly cleaned and disinfected; and poor ventilation systems in classrooms and dormitories,” he said.

Among the proposed improvements to reduce the risk of transmission of Covid-19 infection among students and educators is to fully comply with the ‘Guidelines for School Management and Operation 3.0’ issued by the MOE.

In addition, schools need to conduct risk assessments immediately so that students infected with Covid-19 can be isolated and immediate action can be taken on close contacts, while students need to immediately report to a teacher, warden or student representative, in the event they suffered from any mild symptoms.

“Of the 4,744 cases, 429 were imported cases and 4,315 were local transmissions, while 129 cases require treatment at the Intensive Care Unit (ICU) and 72 require respiratory assistance,“ he said.

He also informed that a total of 21 new clusters were reported today, bringing the total number of active clusters to 259, while the Covid-19 infectivity rate (Rt) in Malaysia yesterday was 1.09. — Bernama 5.Police investigating fight in Perai involving a group of men