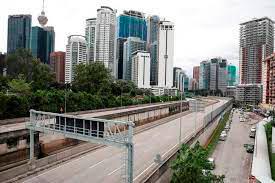 The prime minister’s announcement of Malaysia’s Covid-19 exit strategy is at least the first time the government has given us a clear plan since the beginning of the pandemic as opposed to a “wait and see” approach.

Nonetheless, it will send a chilling effect through everyone to see how long the plan will take to come to fruition and how much it will cost to see it through.

Now that we have a clearer view of the government plans we should try to calculate the economic cost.

We had previously estimated that the total cost of the various lockdowns, including the full lockdown from June 1 to June 14 will be around RM107 billion.

Based on the new exit strategy we estimate this costs will be RM170 billion or 12.7% of GDP including earlier lockdown costs.

To put this into context, according to estimated treatment costs reported by the Galen Centre it would have cost around RM8 billion to treat the 668 thousand people who have tested positive for Covid-19 so far.

So even if we were to have a similar number of cases from now until December, which would be three times the rate of infections from the last 18 months, it would cost more than 20 times more to try to prevent the disease than to try to cure it.

The financial costs are of course only part of the issue. The SME Association of Malaysia has said there have been 100,000 small business closures last year and 50,000 more to come even before this announcement.

A survey by the Ministry of Entrepreneur Development and Cooperatives (Medac) published on June 4 said that more than 90% of micro, small and medium enterprises risked closure, with 54% saying they could only survive three to six months and 72% expecting to suffer losses. This is now all but certain.

Excellent new data from the Department of Statistics on underemployment show that there are 2.1 million people underemployed with 310,000 on short-time and 2.1 million taking jobs below their skill levels on lower pay.

The RM170 billion loss of output is enough, mathematically at least, to guarantee a recession in the coming months and is based on the static linear cost estimates provided by the government for earlier lockdowns.

It does not include the effect of grinding down underlying growth and destroying capacity that we can see from the closure of companies and which was predicted by Bank Negara Malaysia in their Annual Report earlier this year, which cut 1.3% from underlying potential growth.

There is no chance of a consistent and robust recovery that predicted 6% to 7.5% growth for 2021 and this has already been conceded by Minister in the Prime Minister’s Office Datuk Seri Mustapa Mohamed and also by Finance Minister Datuk Seri Tengku Zafrul Abdul Aziz.

Weak recovery is only possible if there is a significant policy response. We had already said that the mix of fiscal and monetary policy will play a key role in determining whether the economy has a weak recovery or mild recession, and the government and Bank Negara need to set out a fully specified recovery plan of at least RM100 billion of direct injection into the economy.

We are of the view that such a plan should be balanced between RM60 billion of direct cash transfers to B40 and M40 households or RM1,500 per month until December.

The balance of RM40 billion in the form of structured support for businesses, especially small businesses would offer the hope that they could survive and even grow.

Put in this way the key cost-benefit issue in the government plan of “lockdown and vaccinate” is to risk the loss of RM170 billion in economic costs and incur possibly RM100 billion in extra borrowing in order to try to control the virus or to spend a fraction, perhaps as little as RM8 billion to treat those who contract the virus.

As we have mentioned in previous articles, a multiple treatment approach, with prophylactic or preventative treatments and therapeutic agents and an extension of the, “test, trace, isolate and treat,” regime advocated by the World Health Organisation, both to be run in parallel with the vaccine programme and the current treatment regime, would decouple the management of the virus from the management of the economy at much lower cost when balancing lives and livelihoods.

The other key risk factor is the assumption that this will be the terminal strategy that will end the Covid crisis by December.

As the experience of the UK is showing, even with very high levels of vaccination the risk of new-variant waves is a real and present danger.

The strategy of depleting the economy of RM170 million and increasing debt by RM100 billion would leave no reserves to fight future virus outbreaks when they occur, which is almost certain.

This terminal exit strategy could therefore be the last roll of the dice. 1.25,000 attend Minister of Communications and Multimedia’s Aidilfitri gathering in Kelantan