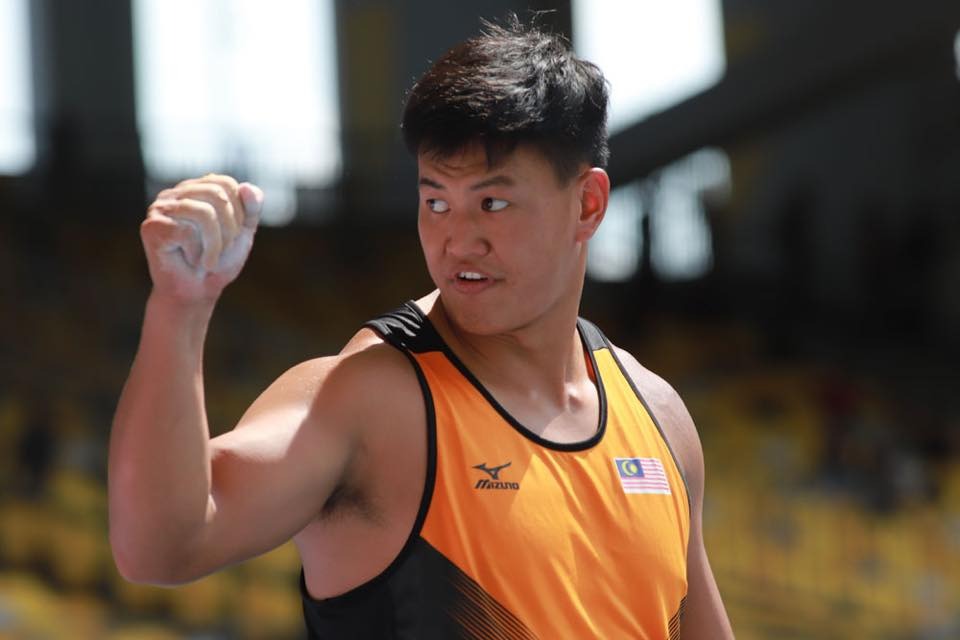 Its minister Datuk Seri Reezal Merican Naina Merican said this is to facilitate disinfection and sanitisation works, which is expected to be completed within two or three days.

“The athlete returned to Sarawak on March 11 and put under quarantine at the Sibu hospital today. As an immediate measure to ensure the safety and health of our athletes, I have directed NSC and NSI facilities visit by the athlete (Wong) to be temporarily closed.

“Taking heed of the Ministry of Health’s advice and directives, all athletes, coaches and officials who have had close contact with Jackie will be advised to undergo self-quarantine at their hostels, go through screening and follow further directives by MOH,” he said in a statement today.

The 28-year-old athlete, who holds the national hammer throw record with a distance of 68.22 metres, is believed to have contracted the virus from his father who was also diagnosed with Covid-19.

Wong was a three-time SEA Games bronze medalist between 2011 and 2015 before finally clinching the gold in the 2017 edition on home soil. However, he had to settle for the silver in the last SEA Games in the Philippines last year. — Bernama