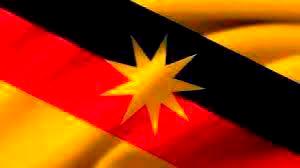 Uggah, who is also State Disaster Management Committee (JPBM) chairman, said other than IPT students, the directive is also applicable to students of residential schools, who have to stay put in their respective hostels for their safety and their families.

‘’On seeing schools in red zones in Sarawak closed until May 3, we have made the decision that the directive involving IPT and residential school students too be enforced for 14 days,’’ he told a media conference here, yesterday.

Meanwhile, Uggah said JPBN had decided to end the Enhanced Movement Control Order (EMCO) in Kampung Batu Gong, Siburan because the second screening did not find any new positive cases.

‘’In addition, there is no evidence to show infection is still taking place in the area and JPBM wishes to take this opportunity to thank all agencies and villagers for their co-operation in making the EMCO successful,’’ he said.

A total of 600 new Covid-19 cases were detected in Sarawak yesterday resulting in an increase in the total number to 25,129 cases.

Meanwhile, State Education director, Dr Chin Zin Hing said the vaccination process at the Sibu Indoor Stadium had to be postponed as the supply of vaccines has not received the clearance of the Health Ministry (MOH).

The State Health Department’s initial plan was to vaccinate 800 frontliners and the National Covid-19 Immunisation Programme’s second phase recipients are on the waiting list.

‘’However, we were informed on April 16 there was a problem of ‘lot release’ by MOH and the vaccines could not be supplied to Sibu,” he said in the same media conference. -Bernama