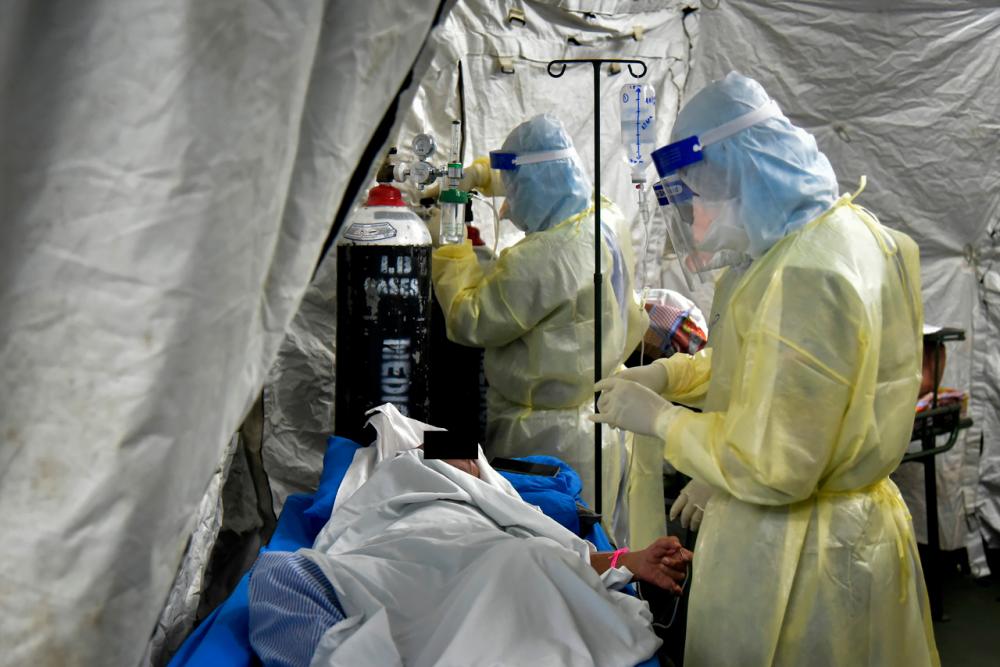 The patients are from various active clusters including several prisoners from the Labuan Correctional Centre’s cluster of Tembok Labuan.

The setting up of the field hospital was first announced by Senior Minister (Security) Datuk Seri Ismail Sabri Yaakob on June 19.

The field hospital has a capacity of 100 beds including four beds in the transit intensive care unit (ICU), with eight doctors and 30 paramedics, as well as the support of MERCY Malaysia.

“We are relocating patients currently at the Labuan Nucleus Hospital and quarantine centre at the Industrial Training Institute (ITI) to this hospital until this evening,” he told Bernama after a prayer recitation in conjunction with the opening of the field hospital today.

Labuan has been placed under the extended Enhanced Movement Control Order (EMCO) until tomorrow, with eight localities under total lockdown.- Bernama

As Japan infections surge, so does risk of pandemic fatigue

5.S’pore to do away supervised art for air and land VTL from Monday