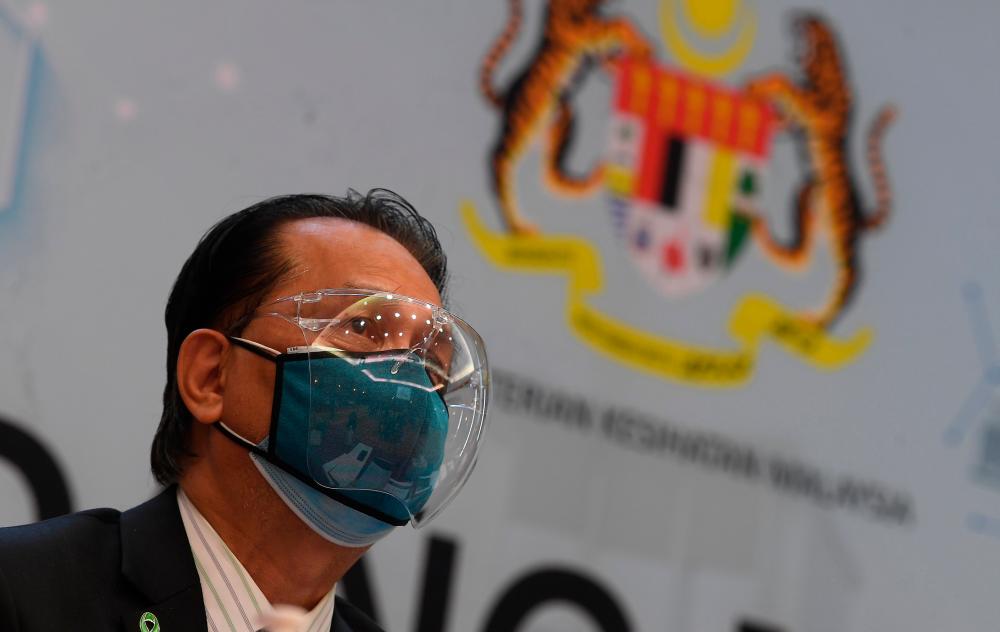 KUALA LUMPUR: Only 1.6 percent or 243 of the 14,954 new cases of Covid-19 reported within the last 24 hours until noon today were in Categories Three, Four and Five, said Health director-general Tan Sri Dr Noor Hisham Abdullah (pix).

Category Three refers to patients with pneumonia, Category Four as requiring oxygen and Category Five as needing a ventilator.

“The remaining 14,711 cases or 98.4 per cent were in Categories One and Two, with none and minor symptoms respectively.

“There are 1,194 cases being treated at the intensive care units involving 882 confirmed as positive for Covid-19 and 312 suspected or probable cases and those under investigation.

“Out of the number involved, 665 cases require respiratory support, with 401 of these confirmed as positive while 264 are suspected or probable cases and under investigation,” he added.

Dr Noor Hisham also disclosed that 19 new clusters were detected during the same period, with 13 of these being workplace clusters while four were community clusters and one each linked to a detention centre and a high-risk group.

He noted that the Covid-19 infectivity rate or R-naught (Rt) in Malaysia yesterday was at 0.94 with Sarawak recording the highest at 1.08, followed by Pahang and Terengganu (1.05), and Johor and Perak (1.01).

Meanwhile, based on the Health Ministry’s data on the COVIDNOW and GitHub portals, 324 new fatalities from the viral infection were reported until late last night, bringing the total number so far to 23,067.

However, only seven of these were the actual number of deaths recorded yesterday (Sept 18) while the rest were reported late and 70 of the new fatalities reported did not occur in the hospitals.