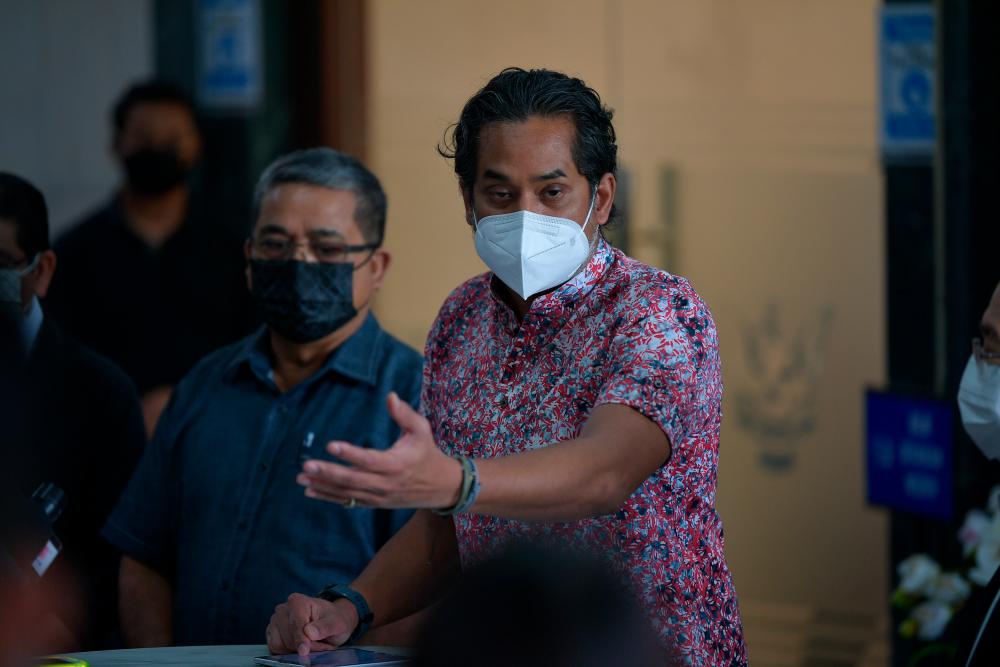 KUCHING: Sarawak would start administering the Covid-19 vaccine booster shots in October, thus making it the first state to do so, said Health Minister Khairy Jamaluddin.

He said the Ministry of Health (MOH) was now drawing up the clinical guidelines on administering the vaccine booster shots, with the focus on the high-risk group of age 60 years and above and those with serious comorbidities.

“Sarawak will be the first state to start the booster dose programme because it was the first to complete the vaccination programme.

“One of the matters to be dealt with in the clinical guidelines is the type of vaccine to be given. We are still contemplating whether to give the same type of vaccine or a different one,” he said at a news conference held at Wisma Bapa Malaysia, here, today.

Earlier, Khairy attended a special meeting on immunisation and managing of the Covid-19 pandemic with representatives of the Sarawak state government.

He said that for Sarawak, the MOH opined that the RTK-Antigen test, whether done in the laboratory or by oneself was sufficient for those detected positive via the test to be separated from others under the Home Surveillance Order.

“Hence, it is important for the public to be informed including in Sarawak that when having the symptoms, they should quickly do the RTK-Antigen test and if found to be positive, to undergo quarantine at home or at the Covid-19 Low Risk Quarantine and Treatment Centre (PKRC),” he added.

Khairy said in boosting the health capacity to counter the rise in serious cases if this occurred, the MOH would be sending 118 ventilators and 1,008 cylinders of oxygen to Sarawak and these were expected to arrive next Tuesday.

“The MOH will also increase the number of modular intensive care units with an additional 20 beds. Currently, 10 beds are being readied for Sibu Hospital and we leave it to the state government to decide on placing the other additional beds,” he added.

He said the ministry had also received a request from the Sarawak government to set up a field hospital in Sibu and on principle, it had agreed to this and the matter would be discussed with the Malaysian Armed Forces.

He also said that 64 additional medical officers would be sent to Sarawak next week to help manage the Covid-19 cases there.

“The MOH will also speed up the opening of Sri Aman Hospital to lessen the burden at the Sarawak General Hospital in Kuching,” he added.- Bernama

2.Two men sent to the gallows for drug trafficking