Creative industry gets leg-up during pandemic 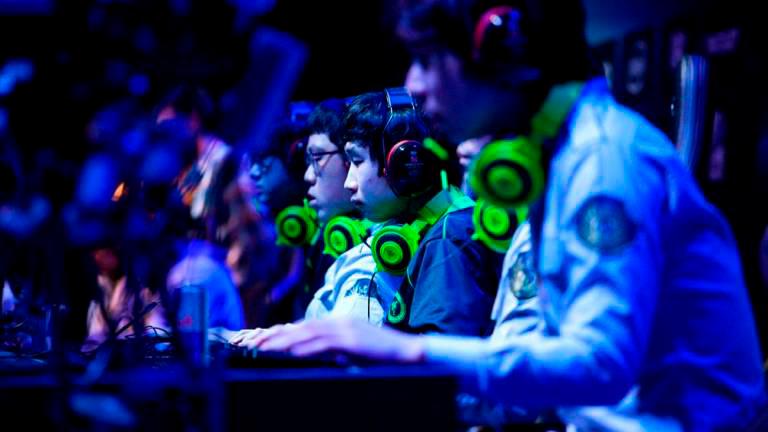 KUALA LUMPUR: The information communication technology (ICT) creative industry, specifically e-games and animation, had a leg-up from the government amidst the Covid-19 pandemic this year.

The government had allocated RM225 million for the arts, culture, entertainment and event industries under Short-term Economic Recovery Plan (Penjana), including a RM100 million in soft loans and RM30 million in grants for the creative, events and exhibitions industries under MyCreative Ventures.

The measures also include a RM10 million allocation under the Cultural Economy Development Agency (Cendana).

“This is due to the lockdowns that are in place, which is likely continue through most of 2021,“ he told Bernama.

Low said according to PricewaterhouseCoopers’ November 2020 report, the global entertainment and media revenues are projected to shake off the sudden Covid-19 disruption.

Entertainment and media sectors – including the over-the-top (OTT) streaming media service, animation, game development and all related digital content – are projected to reach US$2.2 trillion (RM8.89 trillion) in global revenues in 2021.

As for the digital games sector, the latest market research in November 2020 by Newzoo, an industry market research organisation, revealed that the global market will grow by 19.6 percent to US$174.9 billion (RM707.1 billion) this year.

“This number is US$15.6 billion higher than their previous forecast, a value that was originally predicted earlier in the year at the start of the pandemic.

“The creative industry capital expenditure is generally lower compared with the overall economy, since the bulk of the expenditure stem from talent and staffing, which includes skills training and staffing with payroll,“ said Low.

Malaysia is a strong regional player due to a long legacy of industry and government support, he said.

“This business and creative infrastructure is built on an animation industry that had successfully released original global intellectual properties (IPs) that have created a generation of content developers who are skilled in pre-production concept, storytelling and production development,“ he said.

Moreover, Low said IPs are developed based on local culture or backdrops, such as rural Malaysia (such as The Kampung Boy and Upin & Ipin) or Southeast Asian suburban life (such as Boboiboy), all of which feature unique and original stories and characters that are based on Malaysian and Southeast Asian traditions and cultures.

In 2019, Malaysian animation IPs dominated the box-office with “Upin & Ipin: Keris Siamang Tunggal”, “Boboiboy Movie 2”, and “Ejen Ali: The Movie” being three of the biggest movies of the year, with combined receipts amounting to more than RM90 million.

“The new Upin & Ipin film also made it to the Academy Awards 2019 Shortlist for Best Animation,“ he said.

Low said the local digital creative industry is supported strongly by the Malaysian government, with promising results and outcomes which can be seen in the industry’s achievements.

According to MDEC’s own analysis, revenue through animation IPs alone has now reached RM170 million, with over 60 IPs having a global reach of 120 countries.

“All of them have raised the capability of Malaysian studios and proved time and again that they are globally competitive and the first that many AAA publishers and developers would turn to,“ said Low.

AAA is an informal classification used for video games produced and distributed by a mid-sized or major publisher, typically having higher development and marketing budgets.

“These games, which are locally developed by indie studios, have a global audience through various platform such as Steam, Epic Games Store, Sony, Microsoft, Nintendo, Apple and Google,“ he said.

Currently, he said the Malaysian games industry has more than 330 studios directly involved in various stages of production and development; providing employment for nearly 11,000 individuals.

“Right now, the digital content sector – like other industries – are in a state of recovery. The industry is likely to remain resilient from a production standpoint, with the animation, visual effects, games and new media sectors meeting global demand,“ said Low.

According to the Southeast Asia Online Video Consumer Insights & Analytics: A Definitive Study, online video consumption on mobile devices leapt by 60 per cent in aggregate across in Southeast Asia, as the pandemic sparked lockdowns and stay-at-home orders.

“However, despite the positive outlook, key areas do need continuous support.

“Digital and tech platforms are the only economical mechanism that keep the industry efficient and profitable, while more government regulators and industry dialogues are needed as well,“ said Low.

“Benchmark ourselves with other industry players worldwide, pick up useful references and guides that will help us expand our creativity.

“Use the existing available platform, it is time to go digital, to go online. This will help get wider reach, faster feedback and greater source of input,” he said, adding that the industry offers many possibilities, including talent development and upskilling. — Bernama