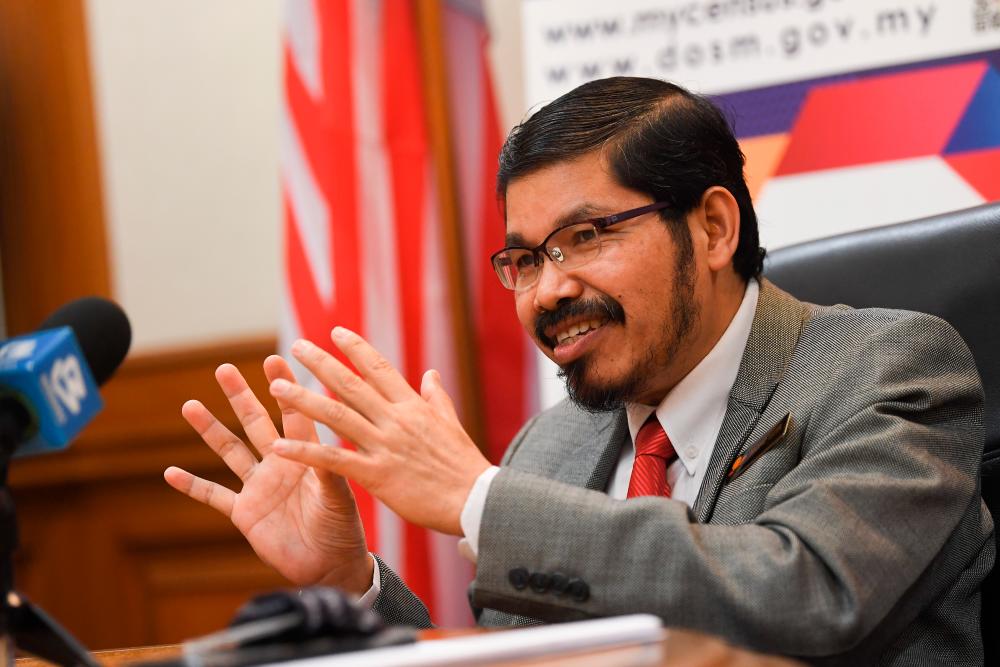 KUALA LUMPUR: The violent and property crime cases decreased by 21.4 per cent in 2020 to 65,623 from 83,456 in the previous year, said Chief Statistician Datuk Seri Dr Mohd Uzir Mahidin. (pix)

“Among the reasons for the decrease in criminal cases were due to restrictions on social activities and cross-district and state borders following the Movement Control Order (MCO) which has restricted the movement of individuals.

“In addition, stricter enforcement activities by the authorities and public awareness in enhancing protection from the threat of crime,” he said in a statement yesterday.

Mohd Uzir said based on the record of violent crime cases by the administrative district, Seremban, Negeri Sembilan recorded the highest percentage of decrease in 2020 with 40.6 per cent to 326 cases from 549 cases in 2019.

Mohd Uzir said, on the other hand, the number of cyber crime complaints received by the Malaysian Communications and Multimedia Commission in 2020 increased by 99.5 per cent to 20,805 complaints compared to 10,426 in 2019.

“Among the elements of the complaints received are obscene, false, offensive, indecent and menacing,” he said.

2.Kiwis skittled for 62 after Ajaz's record 10-for

3.Omicron: MOH investigating cause of infection of index case

4.China plans to allow Malaysian students to return to China