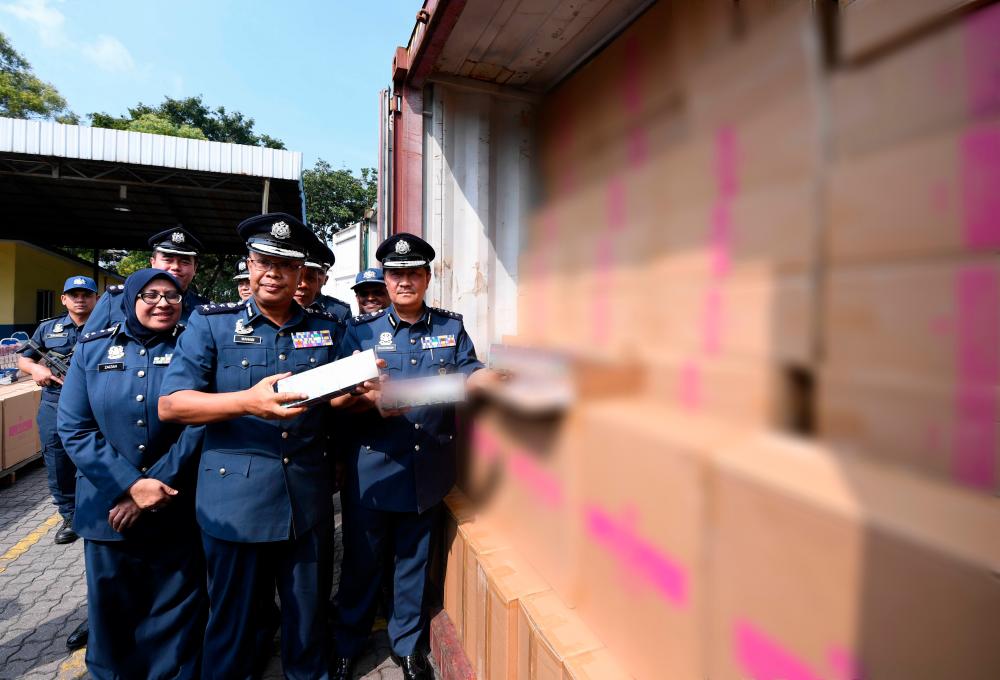 PORT KLANG: The Customs Department has seized almost 20 million cigarettes, for which duty amounting to RM12.5 million has not been paid, in two separate raids this month.

Central Zone Customs assistant director-general Datuk Zulkarnain Mohamed Yusuf said that in the first incident last Tuesday (Jan 7), a container arrived at the North Port and in the manifest the importers had declared its contents as phone accessories.

However, checks by customs enforcement officers revealed that it was actually a consignment of 47,000 cartons of cigarettes amounting to 9.5 million sticks, Zulkarnain told a press conference at the Customs office at North Port today. The cigarettes were worth a total of RM760,000 but the duty in the item amounted to RM6.1 million.

A customs agent, who was involved in importing the cigarettes, has been detained pending further investigations.

In the second incident on Monday, enforcement officers confiscated a 40ft container with 48,250 cartons of cigarettes, amounting to 9.65 million sticks valued at RM772,000. Duty for the consignment amounted to RM6.4 million.

The importer had declared the consignment as joss paper, phone accessories, shoes and other items.

A customs agent involved in the process has also been detained.

Zulkarnain said the department also prevented two stolen cars from being shipped out through West Port on Dec 4, last year.

The cars, held in a 40ft container, were a Toyota Hilux and Toyota Fortuner. They were valued at RM300,000. The department is investigating the customs agent and exporter.

Zulkarnain urged anyone with information on attempts to import goods without paying taxes to call the department’s toll free line at 1800-88-8855.

He said the department would withhold the identity of callers who report wrongdoings.