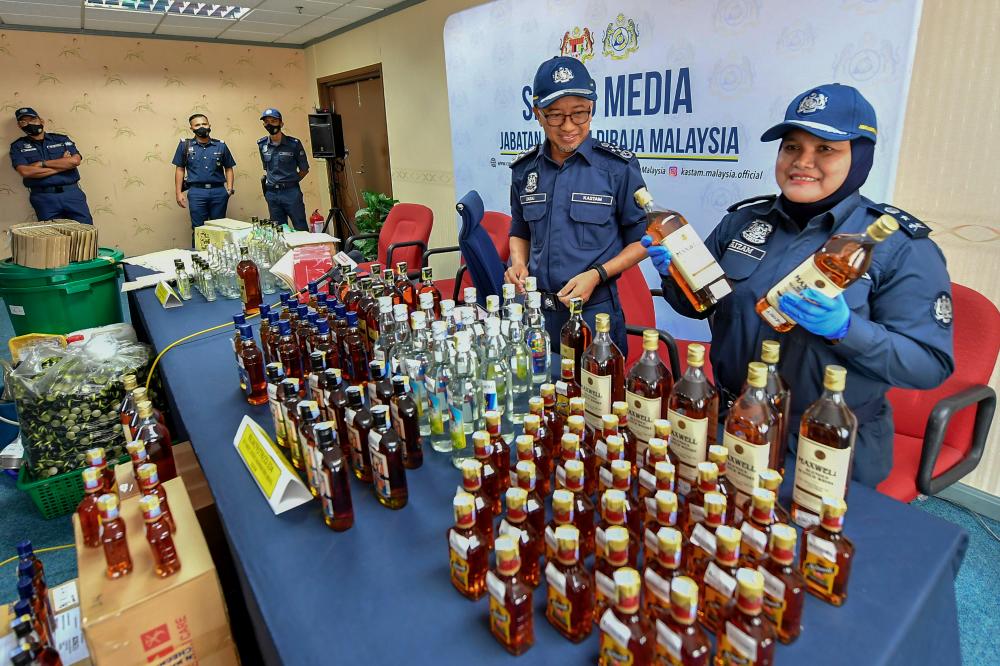 Customs director-general Datuk Zazuli Johan said the first raid was conducted on a warehouse in Batu Arang, Selangor, which was suspected of processing unlicensed liquor, and arrested four foreigners aged 24 to 37.

He said they seized 5,876 litres of liquor of various brands worth an estimated RM414,891 and RM462,105 in unpaid duties, he said at a press conference here today.

Zazuli said they then raided a warehouse in Puncak Alam in Selangor, that was used to store liquor of various brands, on the same day and confiscated 22,355 litres of contraband alcohol worth RM1.01 million, and duties estimated at RM1.43 million.

He said investigations found that both premises had been involved in unlicensed liquor processing activities for over six months.

“The modus operandi is to make warehouses in industrial areas as the centre to process, manufacture and store liquor before distributing them to the local market,” he said. - Bernama Budget 2023: RM95 billion for development, the biggest ever Budget 2023: RM95 billion for development, the biggest ever

1.Budget 2023: RM95 billion for development, the biggest ever