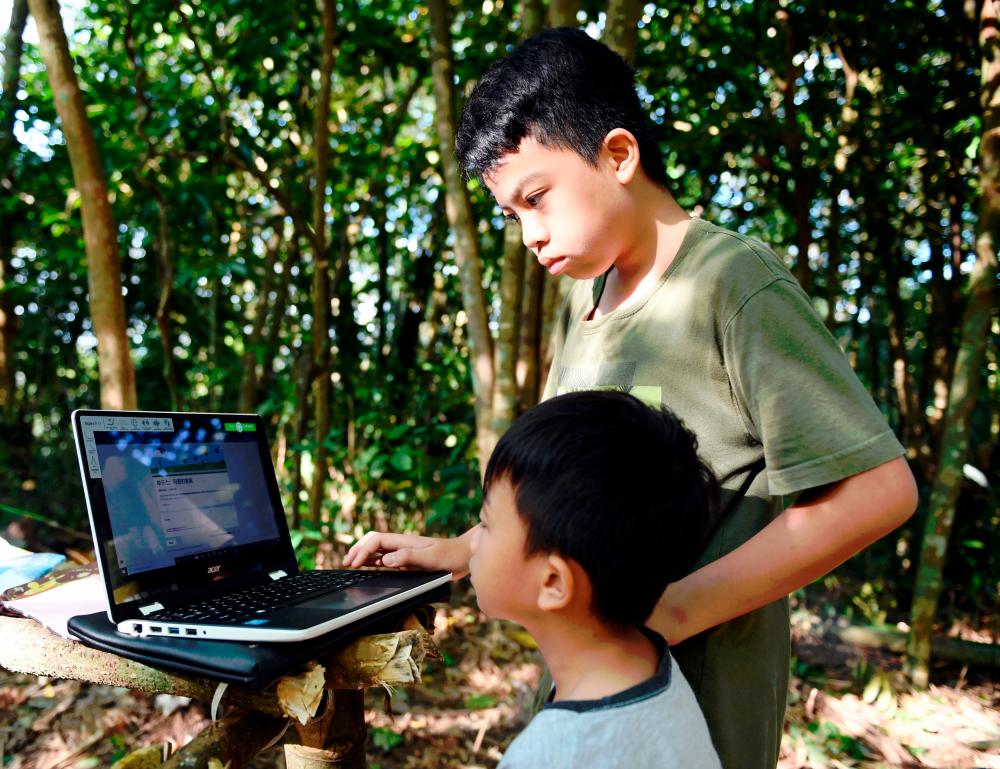 A speech pattern shift among indigenous communities due to rapid changes from the modernisation process could dilute their language to the point of eventual extinction. – BERNAMAPIX

PETALING JAYA: Heard of a language called Lelak? You cannot be blamed if you have not, as it is an extinct language, just like Latin.

Dean of the School of Languages, Literacies and Translation at Universiti Sains Malaysia Prof Dr Salasiah Che Lah described an “endangered language” as one that may face extinction in the future as it is not used by native speakers.

“Many languages are at risk of disappearing as the speakers of these languages die out or shift to speaking other languages. As a result, the language will be lost when it has no more native speakers and finally becomes a dead language when the last speaker dies,” she told theSun.

In Malaysia, apart from Lelak, other languages on the verge of extinction are the languages of the Orang Kanaq and Temoq.

Salasiah said many other languages were becoming either threatened or moribund.

“These categories are considered endangered languages and they include languages in Sabah, Sarawak, Orang Asli languages and even minority languages like Malaccan Portuguese Creole and Baba Malay.”

“Language and culture are under tremendous pressure of endangerment due to rapid changes from the modernisation process affecting a community. If language shift among the indigenous and minority speech communities continues to take place, the language is in imminent danger of facing extinction. If that happens, it will be a great loss not only to these communities but to our national heritage as well.”

Salasiah said Malaysia is a melting pot of cultures and this gives rise to rich and diverse languages, cultural and ethnic identities of the country.

“The government and its agencies can play important roles in ensuring local indigenous and minority languages do not disappear. For example, the Orang Asli Development Department could organise activities and programmes to create awareness among Malaysians about the existence of these languages,” she suggested.

“Schools could also introduce the subject of Orang Asli and Pribumi languages. At the moment, only three such languages are taught in schools – Semai, Iban and Kadazan-Dusun. Perhaps more languages could be introduced and students encouraged to take these languages as elective subjects.”

Deputy director of the International Relations Office at Universiti Malaya Dr Patricia Nora Riget said among factors that contribute to language endangerment are a lack of inter-generational language transmission, audio or written materials to learn the language, institutional support for representation of the language in public domains such as education, administration, entertainment and media, and the globalisation of English.

Patricia, who has done research on the Bidayuh community in Sarawak, said the Ethnologue 24th edition country report listed 132 living languages in Malaysia. Of this number, 131 are living and one is extinct.

“Of the living languages, 110 are indigenous and 21 are non-indigenous. Eighty-one local languages are categorised at Level 6(b), which is classified as ‘threatened’,” she said.

“The community of speakers themselves should be sensitive to the need of preserving and sustaining their heritage language. As a whole, they should support any language development or language revitalisation initiative or project.”

Patricia also said speakers of dominant languages (English and Malay) should be open to the idea of learning other local or indigenous languages.

“This can be done by empowering indigenous communities so that they can revitalise, use, develop and transmit to future generations their languages, oral traditions, writing systems and literatures.

“Getting more diverse voices and the voices of the under-represented in the local media that fight for the preservation of their languages is beneficial. Strengthening knowledge of heritage languages is also beneficial to the emotional well-being of indigenous children,” he added.

He said the government should put more effort into planning language policies and actions, especially for the indigenous communities in Malaysia.