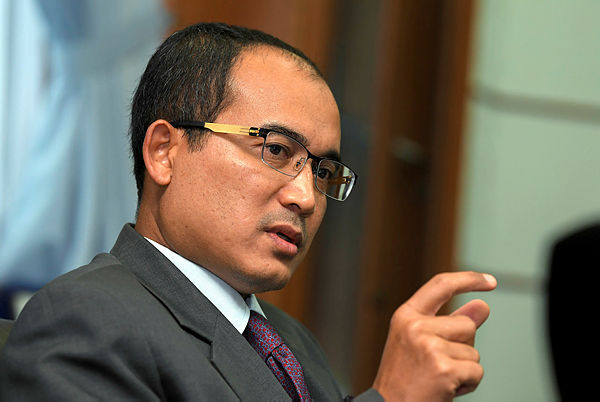 KUALA LUMPUR: A director at an employment agency with a Datuk title was among nine men, including an Indonesian, arrested after they were suspected to be involved in offering fake foreign worker cards.

Immigration Director-General Datuk Khairul Dzaimee Daud (pix) said the arrest was made in a joint operation by the agency and police at a hotel here yesterday.

Various documents which use the Home Ministry (KDN) and Immigration letterheads were seized during the 3.30pm raid, he said in a statement today.

Khairul said investigations had found that the company conducted card registration activities for foreigners, known as Malaysian Clarification Authority Card (MCAC) by using the names of KDN and Immigration.

“The agency was targeting illegal foreigners to register with them and receive MCAC card which allegedly could function as ‘work permit’ that enables them to work in any sector,” he said.

He said the foreigners had to pay RM4,000 as deposit before being interviewed by officers allegedly from KDN and Immigration.

“Between three to six months after the interview phase, the foreigners would undergo a screening process by the police.

“To complete the process they have to pay the remaining RM4,500 before being issued with MCAC card,” he said, adding the case was being investigated under the Immigration Act 1959/63 and Private Employment Agencies Act. — Bernama