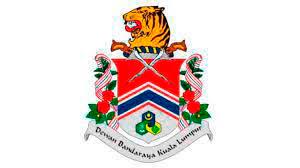 “Based on public complaints, DBKL made an initial investigation and gathered intelligence and found immoral activities being conducted at these locations,“ it said in the statement.

Upon inspections at both premises, DBKL said a total of 13 masseurs from Thailand, Vietnam, Indonesia and two locals who were caretakers of these premises had their statements recorded for documentation.

Previously on Feb 5, an illegal massage parlour in Wisma Setapak , Jalan Genting Klang was also shut down after it was suspected of conducting vice activities.

There were five Vietnamese masseurs suspected to be sex workers in the premises during the raid.

The raiding team also found condoms, recorders , monitors, closed-circuit television cameras and amplifiers at the scene which were all confiscated.

“The enforcement action was conducted under Section 101(1)(v) of the Local Government Act 1976 and the Licensing of Trades, Businesses and Industries (WPKL) By-Law 2016 and in accordance with DBKL’s jurisdiction and standard operating procedure,“ it said.

It said DBKL will continue to carry out the operation from time to time to stem illegal and immoral activities.