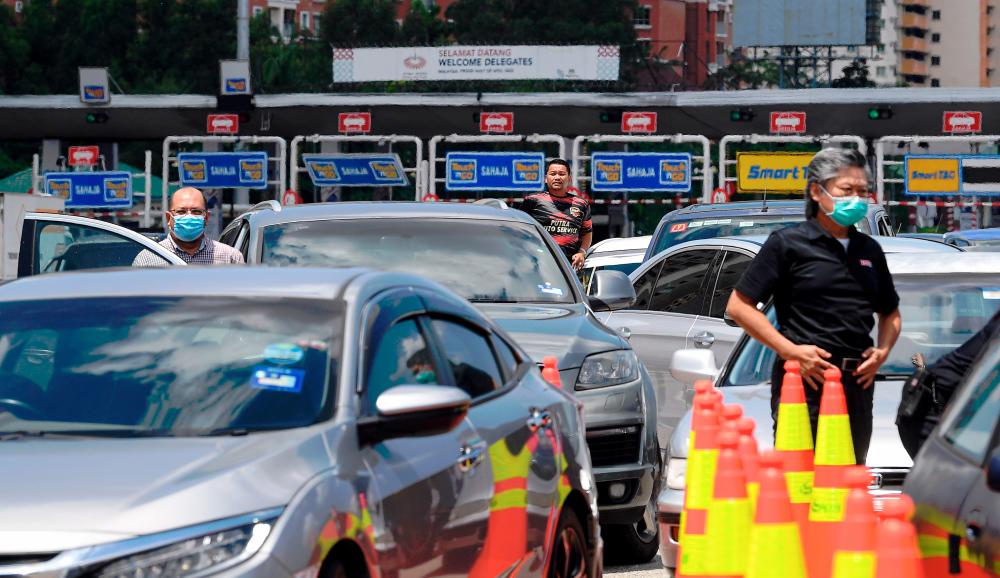 KUALA LUMPUR: Kuala Lumpur City Hall (DBKL) will conduct a detailed study on measures to reduce the traffic congestion in the federal capital which is increasingly critical.

“The traffic light system in the city centre is now managed by two different companies, these two companies must have good communication to ensure the traffic lights are synchronised for all routes entering or exiting the city.

“If there is an urgent need, there is a possibility to no longer use two different systems,“ he told reporters at the Aidilfitri celebration at the Anjung Kelana transformation centre for the homeless here today.

Jalaluddin said the results of the study would be tabled at the FT Ministry Post-Cabinet Meeting.

He said traffic in the federal capital was monitored and managed by DBKL’s Kuala Lumpur Command and Control Centre (KLCCC) unit, formerly known as the Integrated Transport Information System (ITIS).

He added that other aspects that will be looked into include the entry of heavy vehicles into the city, traders operating businesses in unauthorised places as well as the irresponsible attitude of road users.

“I do not guarantee the traffic congestion will be resolved 100 per cent, however this is to keep the the situation from escalating,“ he said.

On Friday, news portal Malaysiakini reported that traffic congestion in the federal capital was now worse than before the pandemic, because workers had returned to the office and schooling was also conducted face-to-face. - Bernama 2.Living but only just as Lysychansk is bombed ‘day and night’

3.GE15: BN will not allow anymore ‘political cornering’ in Sabah