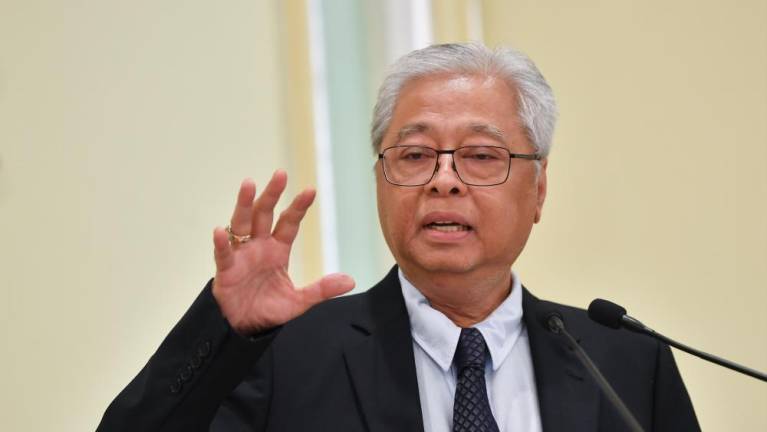 PETALING JAYA: Couples who plan to have wedding receptions amid the ongoing Covid-19 pandemic will know on Wednesday if such ceremonies will be allowed soon.

Senior Minister (Defence) Datuk Seri Ismail Sabri Yaakob said he has received numerous requests from event organisers to allow wedding ceremonies to be held as the country eases on its restrictions.

He said the matter would be deliberated in the National Security Council (NSC) special meeting tomorrow, before an announcement is made.

“I understand that event companies are facing problems as they have not made any income since the movement control order (MCO) in March.

“Today we did table the proposal to allow wedding receptions in our special Cabinet committee meeting on Covid-19. However, it will be discussed further in tomorrow’s special NSC meeting.

“We will not only discuss whether to allow such ceremonies, but also in terms of SOPs and the number of people allowed to attend. We will announce our decision on Wednesday,” he said in a press conference in Putrajaya today.

Wedding receptions have been banned since the MCO was imposed on March 18, with couples forced to postpone their ceremonies indefinitely.

This has directly affected event organisers, space providers and caterers, among others, as couples had no choice but to cancel their bookings.

On a separate issue, Ismail Sabri said the government has agreed to allow foreign spouses who are married to a local, and their non-Malaysian children, if any, to enter the country on long term social visit passes.

However, he said they should inform and obtain approval from the Immigration Department before entering Malaysia.

“Don’t fly back here before getting approval, because I was informed there were those who were denied entry after arriving here.

“So to avoid any possible trouble to those non-Malaysian family members, I hope they can apply first with the immigration, and only buy a plane ticket after being given approval,” he added.