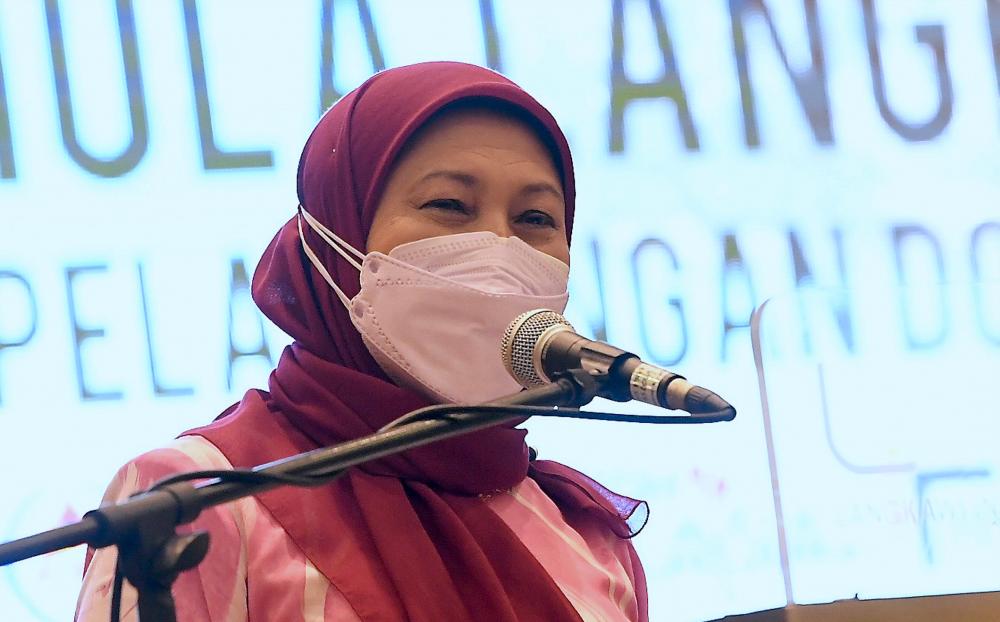 LANGKAWI: The decision to make it compulsory for travellers intending to visit Langkawi, Kedah, from today to undergo screening for Covid-19 before departure is a positive move despite its late announcement which is causing confusion.

Tourism, Arts and Culture Minister Datuk Seri Nancy Shukri (pix) said the decision was made due to the government’s concern with the risk of a spike in Covid-19 cases in Langkawi when the tourism bubble pioneer project takes off today.

“This is a positive concern that we, at MOTAC (Ministry of Tourism, Arts and Culture) also have. Since this is a good intention, we welcome it and we support it,” she told a media conference after attending the launching ceremony of Langkawi’s reopening as a pioneer domestic tourism destination here, last night.

The ceremony was officially launched by Kedah Menteri Besar Muhammad Sanusi Md Nor.

She said that although the announcement was deemed to have been made a bit late and confusing to the public, there is no doubt that it was made to ensure the safety of the people and the success of the Langkawi tourism bubble concept.

Previously, Health Minister Khairy Jamaluddin said in a statement that travellers intending to visit Langkawi from today would be required to undergo screening for Covid-19 before departure.

Khairy said the screening test should be conducted on adults aged 18 and above as well as children and teenagers aged seven to 17 years.

Meanwhile, Nancy said the Langkawi tourism bubble pioneer project would be the yardstick to determine the reopening of many other local tourism destinations after this.

“If this is successful then, Insyallah, the other tourism bubble projects will be easier for us. The others are waiting for the result in Langkawi. The other destinations are waiting to reopen,” she said.