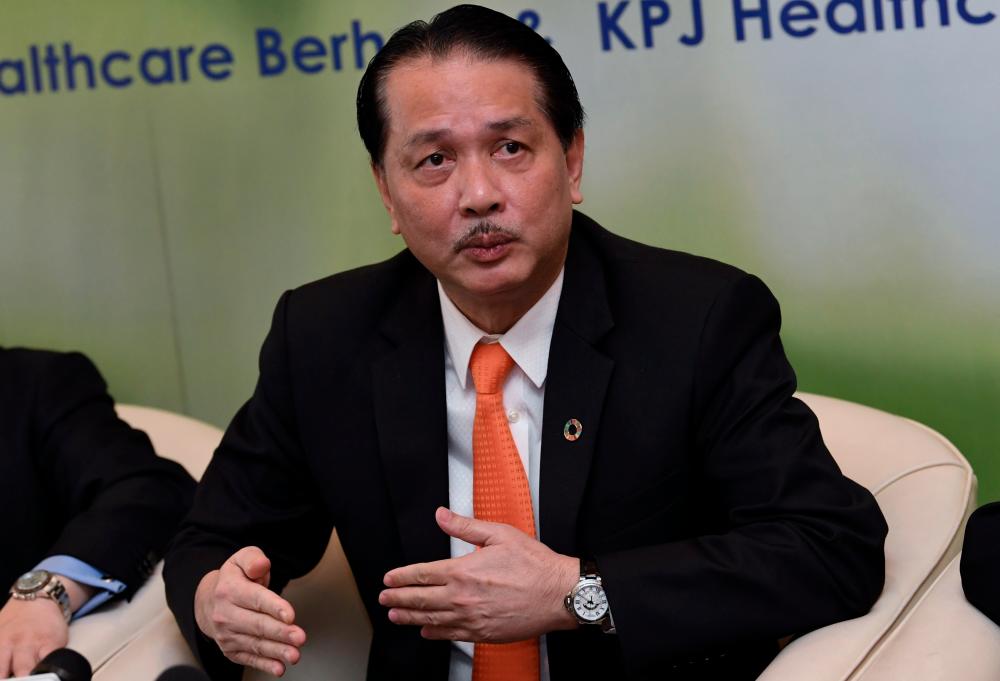 KUALA LUMPUR: The decrease in Malaysia's Covid-19 Rt (infectivity rate) value in the 47th Epidemiology Week (EW) from Nov 20-27, has had a positive effect on most of the key indicators of disease compared to the previous week.

However, Health director-general Tan Sri Dr Noor Hisham Abdullah(pix) said the increasing trend of new clusters as of Nov 27 in all categories except the workplace and import cases was very worrying.

Meanwhile, Dr Noor Hisham said the national Rt value continued to decline to 0.95 on Monday, a 0.01 reduction from the day before.

According to him, the decrease in Rt is expected to continue to have a positive impact in ensuring Malaysia moves towards an endemic phase, if the people can cooperate by fully complying with existing standard operating procedures (SOPs) and receive their booster shots as per schedule.

Commenting on the increase in new clusters, Dr Noor Hisham said it was very worrying as it showed an increase in social activities at all levels, while people had slacked off a little on SOP compliance.

“This is evident when the data shows there has been an increase of 8.9 per cent in terms compounds issued for failing to wear a face mask.

“Although the offence of failing to maintain physical distancing has decreased (a decrease of 73.7 per cent), the proper wearing of face masks should be emphasised. This is very important to ensure airborne spread can be reduced,“ he said.

In the meantime, Dr Noor Hisham said the number of new Covid-19 cases had increased to 4,879 cases as of noon today, compared to 4,087 cases yesterday, bringing the cumulative number of cases in the country to date to 2,632,782.

There were also 5,168 recoveries recorded today, taking the cumulative number of those cured to 2,537,204, while 509 cases were being treated in the Intensive Care Unit (ICU), with 252 of them requiring respiratory assistance.

A total of nine new clusters were detected today, with 231 still active nationwide, he added.-Bernama