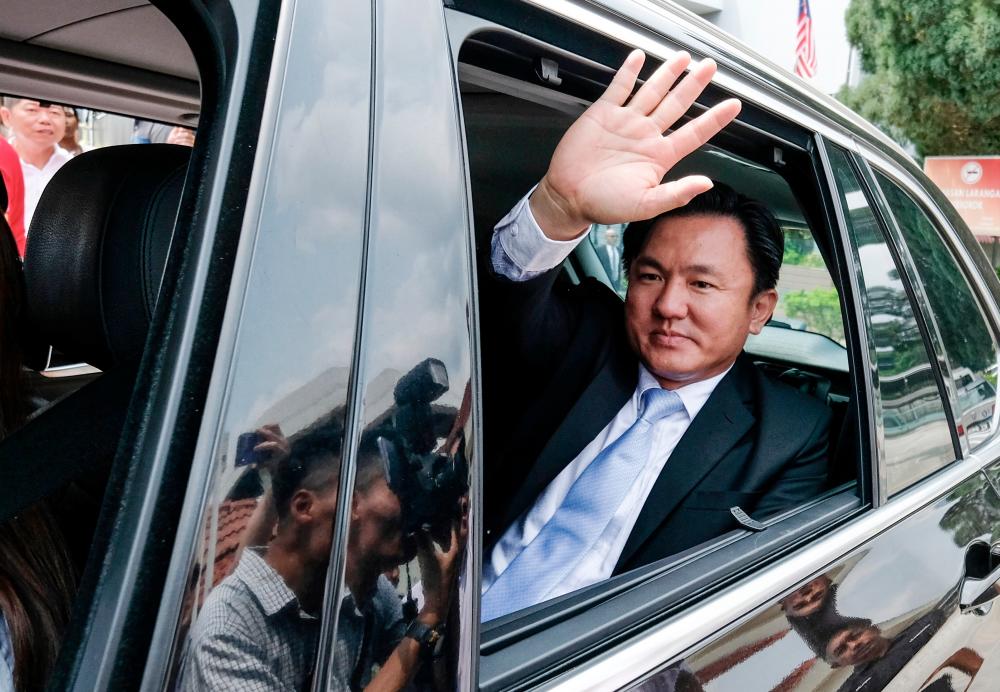 IPOH: The defence in the rape case of an Indonesian maid involving Perak exco Paul Yong Choo Kiong is applying for the case to be transferred from the sessions court to the High Court.

Counsel Datuk Rajpal Singh, who is representing Yong, said the defence would be filing a notice to transfer the case under Section 417 of the Criminal Code Procedure soon.

“We will wait for a date set by the High Court to hear our application,“ he told reporters after the proceeding of the case, here today.

He said, sessions court judge Norashima Khalid also allowed the trial against the State Housing, Local Government, Public Transport, Non-Muslim Affairs and New Villages Committee chairman tomorrow and Friday to be postponed to another date to be determined later.

He said it was to enable the case management hearing on Dec 5.

Apart from that, Rajpal said the defence also objected to the prosecution’s application to put two witnesses including the alleged raped victim as protection witnesses under the Witness Protection Act 2009.

“We objected strongly, and today, the judge was suppose to make a ruling whether the two witnesses could testify under the act or otherwise. However due to various issues raised, which I am not at liberty to reveal, then decided to file the motion,” he said.

Deputy public prosecutor Azhar Mokhtar said the prosecution objected to the defence’s application to transfer the case to the High Court as there was no concrete reason for the trial to be postponed.

“There is no interest for the case to be heard at the High Court. The case under Section 376 of the Penal Code which is a rape case is under the jurisdiction of the sessions court for all witnesses to testify,” he said.

The prosecution was conducted by deputy public prosecutor Azhar, Ainul Wardah Shahidan and Naidatul Athirah Azman, while the accused was represented by Rajpal, Terence Naidu and Farhan Sapian.

On Aug 23, Yong who is also Tronoh assemblyman pleaded not guilty at the Session’s Court to raping a 23-year-old maid at his residence in Meru and the offence was charged under Section 376 of the Penal Code. - Bernama