Defending Malaysia with pride and honour 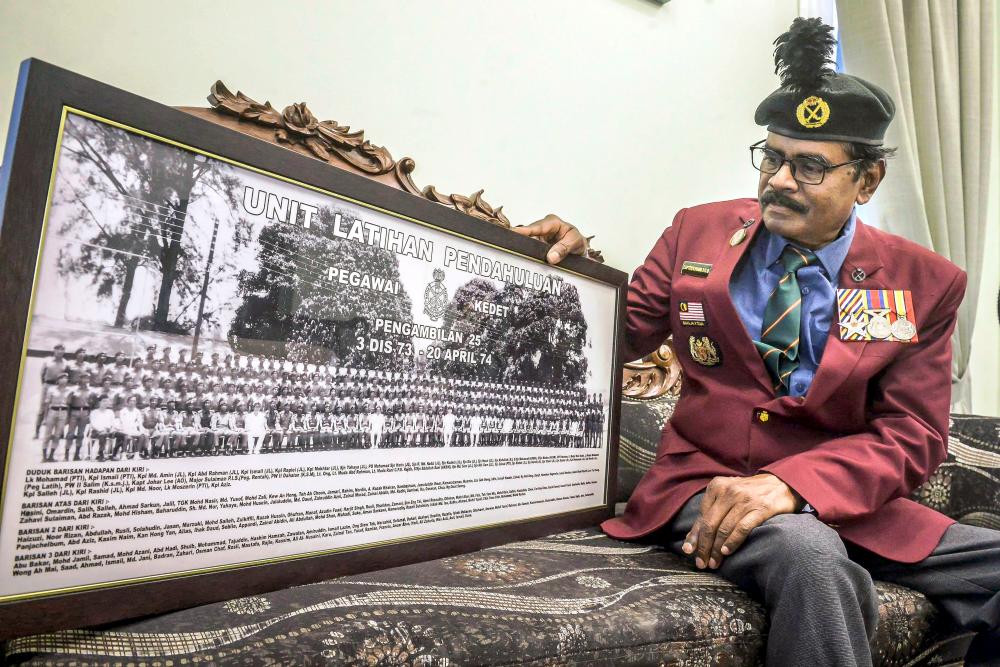 PETALING JAYA: For Kpt (Rtd) V. Panir Chellvum, eliminating and capturing communist terrorists were among the most treasured memories during his 12-year career in the Malaysian Armed Forces (MAF).

Panir Chellvum, now aged 68, recounted that his parents were in tears as he left the train station in Sungei Petani, Kedah, for Seremban in Negri Sembilan. It was the first time he left home at 19 years of age.

“It was not my dream to be part of the army, but I was inspired by the Gurkha army who were based near my school,” he told theSun.

His participation in a joint operation by the MAF and police to neutralise a band of communists in Gerik, Perak, on Feb 14, 1977, tested his endurance and patience when facing the enemy.

Panir Chellvum was a 22-year-old second lieutenant at the time, when he led a five-man group near Air Kala in Gerik.

“It was a special operation as the information gathered by police intelligence was graded ‘A1’, which confirmed the communists’ presence in the area,” he said.

“It was dark. As we were placing claymore mines at the site, a torchlight suddenly shone from behind us. I quickly instructed all equipment, except for our communication set that weighed 6kg, to be abandoned.

“We started to crawl, took cover behind the trees and saw the torchlight coming nearer to us,” he said, adding that they opened fire on the enemy.

A 30-minute gun battle ensued with the terrorists comprising 15 men.

“Amid the gunfight, we heard the word cau in Chinese from the enemies, telling their men to move away. All was quiet, then we heard someone crawling on the crackling dry leaves towards my position,” he said.

He then hurled five hand grenades towards the sound and four exploded.

“The troops waited and I called the artillery fire team to provide us ‘illuminating rounds’ to brighten the area. I saw the sling bags of the enemy.

“We dared not rest for fear of a potential attack from other communist terrorists. The following day, we followed a blood trail and saw movements among the leaves. A rifle butt was jutting out of them (the leaves).

“I instructed not to shoot (at the figure) because I could see he wasn’t active and just stood there. I started to engage him in Malay to surrender and promised that I wouldn’t harm him. I was in a good cover and knew that he couldn’t take me down. I pretended to place my weapon at the side. With this, he felt reassured and we brought him in.

“He was 27 years old, dropped out of school, and could speak English. He looked very scared, thinking that he’d die anytime. It would have been true if not for a briefing we had to try to bring them in alive to enable intelligence gathering,” he said.

As they patrolled the area surrounding the battle scene, the captured communist insurgent told Panir Chellvum that the man he had shot was their leader.

Panir Chellvum was recounting the incident as Malaysia celebrates National Day in line with the concept Keluarga Malaysia Teguh Bersama, which symbolises the strength and togetherness achieved through the collective effort of Malaysians.

As a patriot who fought for his country, Panir Chellvum said we must treasure the freedom we enjoy and continue to build our nation together.