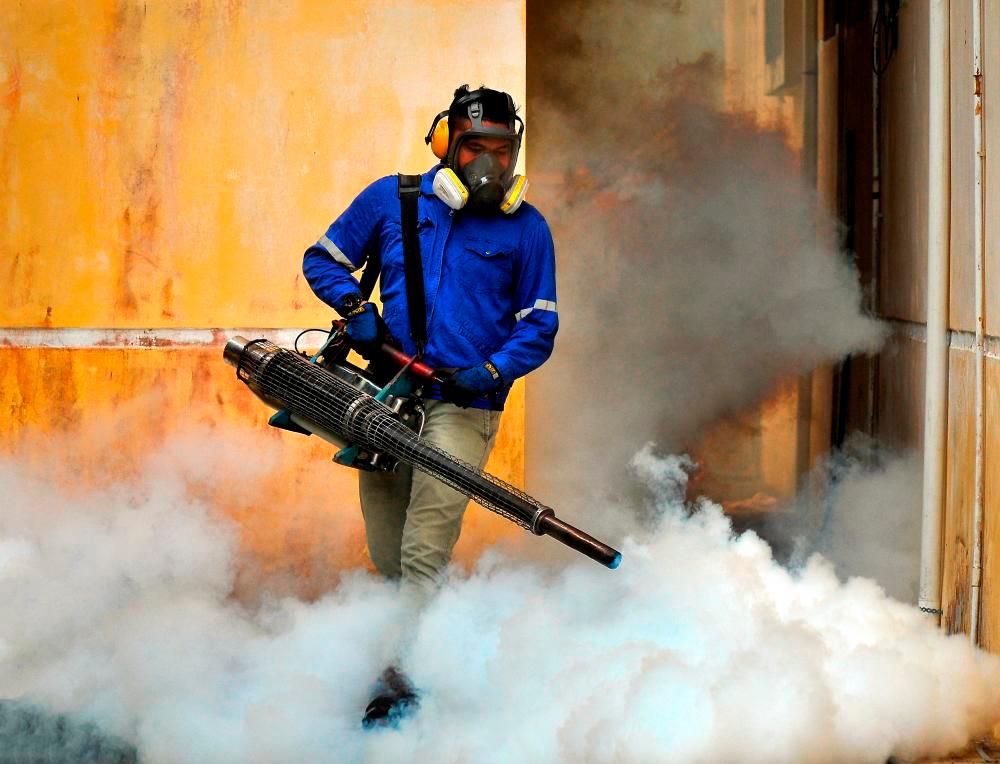 KUALA LUMPUR: The number of dengue fever cases reported in 48th Epidemiological Week (ME) rose 11.6 per cent to 1,935 cases compared to 1,734 in the week earlier.

“So far, 53 hotspots have been reported this week compared with 54 localities in the week before with 24 hotspots in Selangor, 16 in Sabah, 10 in Kuala Lumpur and Putrajaya, and one locality each in Penang, Perak and Sarawak,“ he said in a statement here today.

Dr Noor Hisham said chikungunya surveillance recorded 21 cases in 48th ME with 20 cases in Penang and one case in Selangor.

“The accumulative number of chikungunya cases to date is 731 cases. For surveillance on Zika, a total of 2,003 blood samples and 17 urine samples were screened for Zika and the results were all negative,“ he said. - Bernama