Despite impact from pandemic, tourism sector will remain key contributor to economy: Expert 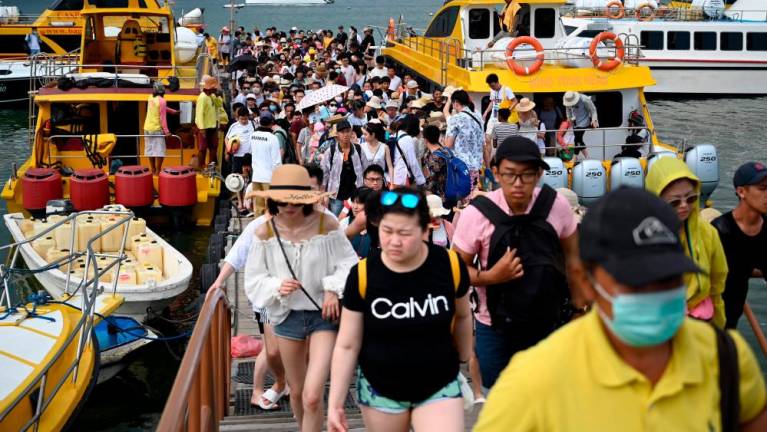 PETALING JAYA: The tourism industry will remain a key contributor to the country’s economy despite being the worst hit by the Covid-19 pandemic.

Economists believe it would be almost impossible to find a replacement sector that could serve as a substitute big money spinner for the economy.

This is because it is closely linked to various related supporting industries both upstream and downstream, including the food and beverage and transportation sectors, and provides economic diversification that encourages positive growth.

“If they can (manage) through this tough period, then they will certainly increase their revenue once foreign tourists are allowed in again.

“For now, the government needs to promote domestic tourism in order to sustain the value chain, that is interdependent with other sectors.

“Given that tourism is one of the key contributors (to the economy), it is important to continue to leverage on its potential income and ensure the players do not suffer and collapse,” he told theSun yesterday.

The tourism industry contributes about 15% to the country’s economy annually, accounting for about 6% of the GDP.

Yeah said although the Covid pandemic has rendered foreign tourist arrivals to virtually zero, he does not believe it would lead to a long-term shock to the industry.

“Tourism and the hospitality sector will be there, because it remains part and parcel of consumer activities globally. People will continue to want to travel and see places.”

Independent economist Prof Dr Hoo Ke Ping said it would be extremely hard for the government to shift its dependence on tourism.

“We cannot just forego tourism. What the government can do is provide soft loans to these operators and companies so they don’t shut down.”

Hoo said a move that could help the country generate more revenue to cushion the impact of Covid-19 was to reintroduce the controversial GST, but at a lower rate.

However, he said it was highly unlikely that the current government would resort to such an unpopular move, considering its slim majority in the Dewan Rakyat.

Political scientist Prof Dr Jeniri Amir similarly felt the government would not reintroduce GST for the sake of political survival, despite the fact that the GST system has been proven to be more efficient and less vulnerable to leakage.

“Good policies like this should not be politicised. The government really should consider reintroducing GST, perhaps at 3% or 4%, before gradually increasing it based on the country’s economic growth.”